Sometimes new leaders can take their time onboarding into new positions. Sometimes new leaders start new jobs as if they’re jumping onboard moving trains and must accelerate just to land. But when a new leader jumps onboard a train that has already left the station, things are particularly tricky. This is what Yahoo!’s new CEO Scott Thompson faces as he puts together his New Leader’s 100-Day Action Plan.  As he told Ad Age yesterday, “Speed is important and so is making certain I understand all the history…” 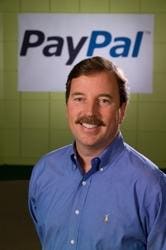 The basics are always the same, whether you’re following the more general New Leader’s Playbook or The New Leader’s Playbook for Acquisitions. Any new leader is better off if he or she follows the onboarding basics by getting a head start, managing the message and building the team. In Thompson’s case, a critical piece of making the move from PayPal to Yahoo! is figuring out the context and culture, impending acquisition and divestiture moves and how he should engage the Yahoo! train.

There’s no doubt that Yahoo! employees are shaken. After years of success, they’ve run into trouble. The business context is changing so fast that they risk falling further and further behind. The company’s history is one of being the innovators and renegades. And its recent results have been so poor that Carol Bartz was ousted from the CEO role very publicly late last year. Similar to what his colleague Meg Whitman faces at Hewlett Packard, Thompson needs to take all that into account and understand the various things the board has already put in motion around potential divestitures and mergers.

At the same time, Thompson needs to get up to speed on Yahoo!’s culture fast, understanding both the current BRAVE behaviors, relationships, attitudes, values and environment, and how the organization is trying to evolve them.  Unlike IBM‘s Ginny Rometty who was promoted from within, everything is new to Thompson.

Those two pieces – the context and culture – will determine Thompson’s entry approach. The ACES model crosses the company’s culture and openness to change with the need for the business to change its context.

Applying this model to Yahoo!, it is pretty clear that Thompson won’t have time to assimilate, or even converge and evolve slowly. He will either need to converge and evolve very fast or shock the culture. If the organization is already in a state of shock – which seems likely – Thompson may be able to help it rally around a new direction.

Hopefully, Thompson has already gotten a head start and completed his new job preparation. He should already be clear on his message and story. If not, he needs to get those right, today.

Following that, he’s going to need to accelerate strategic, organizational and operational processes. He can do this by deploying these five onboarding building blocks:

The only thing Thompson can do all by himself is fail. The only possible road to success will require his taking a broad view of his team and deploying many different leadership frameworks at different times.

This is a good example of step 1 of The New Leader’s Playbook for Acquisitions: Choose how to engage the context and acquired culture.

Context is a function of the business environment, organizational history and recent business performance, informing the relative importance and urgency of change. Culture underpins “the way we do things here” and is made up of Behaviors, Relationships, Attitudes, Values, and the Environment feeding into readiness for change. Crossing context and culture helps you decide whether to Assimilate, Converge and Evolve (fast or slow), or Shock. Choose your way during the early stages of evaluating a possible acquisition. Then map contributors, detractors, and convincible watchers so you can move each of them one step by altering their balance of consequences.