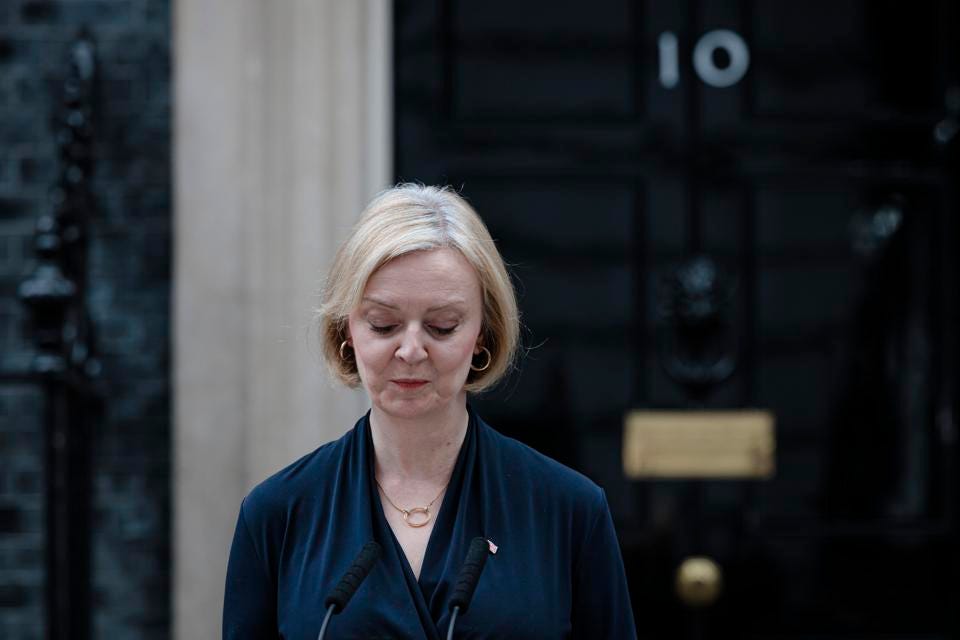 Almost half of new leaders fail in their first 18 months, according to multiple landmark studies compiled by McKinsey & Company. They fail because of poor fit, poor delivery or poor adjustment to changes down the road. UK Prime Minister Liz Truss resigned Thursday after 45 days in office because she missed on all three, but any leader going into any new role can learn from this.

Truss said she was resigning because “I cannot deliver the mandate on which I was elected.”

A couple of facts:

The Conservative members of parliament whittle down the range of possible candidates to a final two and then put those up for a full party vote. Note in the first round of that whittling, Truss got 50 of the 357 votes.

So, the “mandate” she references was either the 0.1% of the population that voted for her. (Not 0.1% more than the second choice. 0.1% in total.) or the 14% of Conservative members of parliament that initially preferred her.

The lesson for all is to converge before evolving. You have to become part of a team before you can start to change it, whatever your mandate was. In the best case, you will have some supporters and some detractors with the majority watching to see what you do. Jumping straight in before you fit in is always risky. And that’s just what Truss did.

There’s generally a conversation at about six months in which someone asks a new leader’s boss how they’re doing.

One possible answer is, “They’re doing great. Kind of off to a slow start. But they’re taking their time to learn and building relationships. We have all the confidence in the world in them.” If that’s the answer, the new leader is toast. The seeds of doubt were planted with “slow start.” It’s hard to recover from that.

An alternate answer is, “Let me tell you what they’ve gotten done….” That instills real confidence. Of course, the leader hasn’t actually done anything themselves. But, what they did do, was rally their team around one or two early wins, over-invested in them and helped the team deliver them. This gives the team confidence in itself and in their new leader.

Truss did exactly the opposite. She became Prime Minister on September 5 and announced a “mini-budget” on September 23 which “included £45bn of unfunded tax cuts – and was followed by days of turmoil on the markets, a fall in the value of the pound and rises in the cost of UK government borrowing and mortgage rates.”

The lesson for all is that you have to deliver early wins, not early losses.

Truss failed to adjust to her mistakes quickly enough to survive. She stuck with the ministers she appointed until they eventually turned on her.

The lesson for all is that the #1 regret experienced leaders have is not moving fast enough on people. When you make a mistake – which you will – own it and fix it quickly.

Converge and then Evolve

This is our critical learning in 25 years of working with executives onboarding into new roles. You can’t lead anyone until you have earned the right to lead. And you have to avoid the landmines along the way.

An analogy. You’re driving from Ethiopia to Kenya. You cross the border and see a sign that says “Welcome to Kenya.” What must you do next?

By the way, if you don’t get this right, you could be dead in 30 seconds.

Don’t do that. Trust your instincts but assume nothing. Build a new mandate. Help your team deliver early wins. And enroll others to help you adjust to changes down the road.

Click here for a list of my Forbes articles (of which this is #798) and a summary of my book on executive onboarding: The New Leader’s 100-Day Action Plan.

Follow me on Twitter.
View More
« How To Leverage Return To Work Choices To Deliberately Evolve Your Culture