How To Deal With Others’ Drains On Your Time 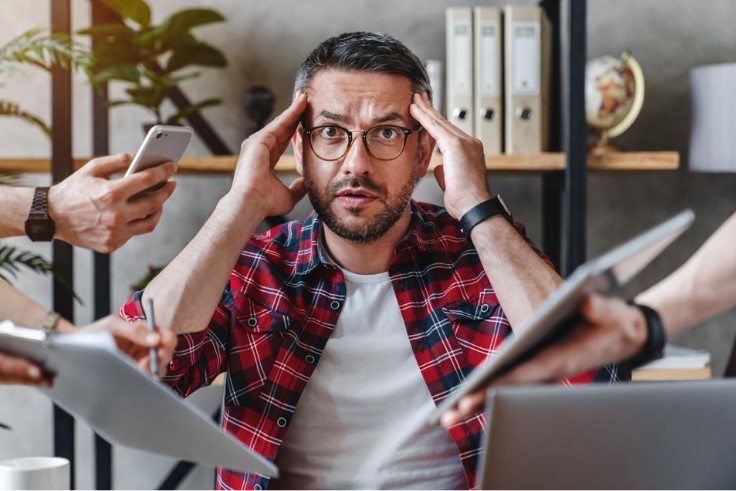 Time management would be so much easier if everyone else left you alone to do your work. But they drag you into meetings, ask questions, want to check in or ask you to do other things. Welcome some of these interruptions. Manage the rest either by saying no, doing things well enough or requiring deliberate thinking and briefs to minimize re-work.

A big part of why a lot of people have been more efficient working from home is the reduction in unplanned interruptions. They don’t bump into coworkers in the halls. They don’t engage in small chat before and after meetings.

Some interruptions are good things. The best time managers allow time for them. For example, when Michael Eisner was CEO of Disney, he kept two hours free every day for unplanned interruptions – though in his case, most of those involved him interrupting others.

Just say no to things others should/could do

You can’t focus the most important things without reducing your focus on less important things. The CEO of one company asked one of his plant managers to step into a part-time, interim project management office (PMO) role. The plant manager was going to get a seat at the table and help coordinate some of the enterprise’s most exciting initiatives.

He said, “Thank you. But no thank you.” He was already managing his plant, mentoring another, more junior plant manager and leading an important operations restructure. He thought the PMO role would put him over his capacity, dilute his efforts and prevent him from doing anything as well as he could.

Sometimes you need to comply with a request, but do not need to do more than comply.

Imagine a client invites you on a trip. You go. After the trip they tell you they’d like to reimburse your air fare and send you an expense report to fill in. It’s in everyone’s best interest for you to comply by filling in their report exactly the way they want – good enough. It is in no one’s best interest for you to spend any time at all redesigning their expense report’s color scheme.

“Give me six hours to chop down a tree and I will spend the first four sharpening the axe.”

This is not a new idea. Do it yourself. And require those asking you to do things for them to do that before you say yes to their request. This could take the form of a strategy, a creative brief, or basic delegation: direction, resources, bounded authority and accountability.

A couple built a house from scratch. They literally started with a blank piece of paper and sketched out the rooms they wanted. Then they hired an architect to do plans. After a couple of iterations, they said, “We want to be able to walk directly from the dining room to the living room.”

The architect pointed to the plan and said all they had to do was walk through the front hall which opened into both the dining and living rooms.

They suggested sliding the entire back of the house four feet to the left.

“But that will screw up the second floor.”

“We can live with that.”

“It will screw up the roof line.”

This would have been a whole different issue if the couple had wanted to move the rooms after the walls were up and the plumbing and electrical had been installed.

Manage your time to give you more time for the more important things – like building relationships.

“No thank you” saves the most time.

Click here for a list of my Forbes articles (of which this is #760) and a summary of my book on executive onboarding: The New Leader’s 100-Day Action Plan.