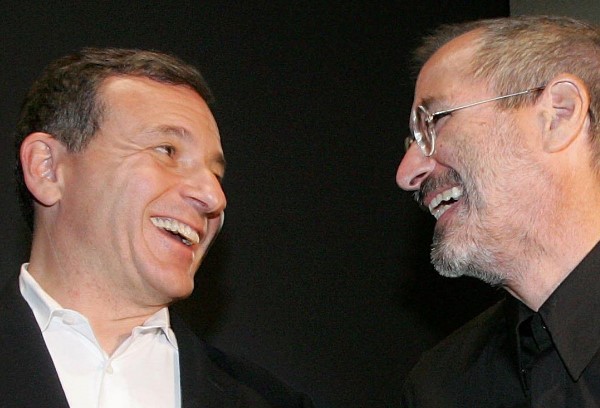 The most important lesson in Bob Iger’s book, “The Ride of a Lifetime” is that “a little respect goes a long way, and the absence of it is often very costly.” Respect yourself, colleagues and brand.

A big part of self-respect is self-confidence – enough to own up to your own mistakes with confident humility. Quoting Iger,

“You’ll be more respected and trusted by the people around you if you honestly own up to your mistakes. It’s impossible not to make them; but it is possible to acknowledge them, learn from them, and set an example that it’s okay to get things wrong sometimes.”

“You can’t pretend to be someone you’re not or to know something you don’t.”

“You can’t let humility prevent you from leading.”

For example, Iger’s boss at ABC sports, Roone Arledge, treated him “differently, with higher regard, it seemed, from that moment on” after he owned up to a big mistake.

Iger learned to respect others’ different strengths. Of content creators, Iger wrote, “Everything is subjective; there is often no right or wrong. The passion it takes to create something is powerful, and most creators are understandably sensitive when their vision or execution is questioned.”

In line with that, when he was Disney’s CEO, Michael Eisner taught Iger “how to see” in a way he had not been able to do before. “Michael walked through the world with a set designer’s eye, and while he wasn’t a natural mentor, it felt like a kind of apprenticeship to follow him around and watch him work.”

And Iger’s bosses at Cap Cities, Tom Murphy and Dan Burke, “hired people who were smart and decent and hardworking, they put those people in positions of big responsibility, and they gave them the support and autonomy needed to do the job.”

Iger learned to get at the heart of the brand.

For example, ABC sports told big stories in depth. “No detail was too small for Roone. Perfection was the result of getting all the little things right.”

Don’t confuse this with doing everything. Iger learned from branding and political consultant Scott Miller, that if you have too many priorities (as in more than three,) “they’re no longer priorities.” “Not only do you undermine their significance by having too many, but nobody is going to remember them all.”

You live your values in what you walk by as well as in what you do. When Roseanne Barr started tweeting some “thoughtless, occasionally offensive” things, Iger took her out to lunch and persuaded her to agree to stay off Twitter.

When she did not, tweeting something even more offensive, Iger fired her. It was an easy decision for him, guided by his principle that “there’s nothing more important than the quality and integrity of your people and your product” – your brand.

Respect for brand, self, colleagues – and their needs – were critical components of Iger’s being able to attract and onboard the key people from Pixar, Marvel and Lucas Films to add technology, talent and characters propelling Disney into the future.

Ike Perlmutter needed Disney to value the Marvel team and give them the chance to thrive in their new company.

George Lucas needed to trust that his legacy, his “baby,” Star Wars would be in good hands at Disney.

Iger earned their trust over time. Each of them had known Iger or known of him and how he treated others for years before they even started thinking about possible mergers.

When Lucas was considering selling to Disney, Jobs told him that Iger had stood by his word. Iger had said “It doesn’t make any sense for us to buy you for what you are and then turn you into something else.” He then honored the two-page “social compact” of culturally significant issues and items that Disney had promised to preserve in Pixar – and then Marvel, and then Star Wars.

It’s not an either-or choice. When onboarding executives individually or as part of a merger or acquisition, respect yourself, them and all your colleagues, and the brands.

When And How To Tell, Co-Create Or Delegate »
PrimeGenesis > New Leader's Playbook > Others > Executive Onboarding Lessons From Disney CEO Bob Iger