Rio Tinto’s CEO, Tom Albanese has had a rough ride over the past few years weathering bribery charges, fluctuating markets and the like. He was finally done in by a $14B write-down associated with his acquisitions of Alcan in 2007 and, more recently, Riversdale with its mining rights in Mozambique. He’s being replaced by Sam Walsh who has been running Rio Tinto’s iron ore business.

Management has a tendency to be optimistic about its prospects and work hard to achieve the acquisition business case targets they persuaded others to support. Unfortunately, this leads to a bias to delaying the recognition and realization of downside risk. When things finally do go bad, they go bad rapidly and significantly, destroying confidence and stopping any positive momentum. Thus the three steps for Walsh: 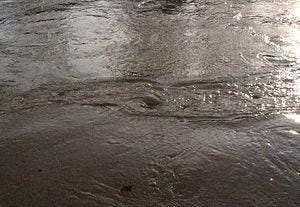 At times during his onboarding into his new role, Walsh is going to feel like he’s sinking into loose mud at the bottom of a dark lake. He won’t be able to push off the mud to head back to the surface. Instead, he’s got to get through the mud to find and push off bedrock.

In Rio Tinto’s case, the bedrock is the real value of the raw materials and assets. In other cases, it’s the real revenue pipeline, the real losses, or in Boeing’s Dreamliner case, the real causes of the fires and failures. Whatever the case, step one is understanding and coming clean to all about the real depth of the problems. Can’t solve anything until you understand and believe what you’re dealing with.

Major failures rock people’s confidence. In Rio Tinto’s case, the board showed its displeasure by moving on the CEO. Stockholders, bondholders, customers, suppliers, employees, the press and communities have their own ways of making their points of view known.

Once Walsh and his new team have found the bottom, they need to explain the problems and their solutions to their various stakeholders. Those stakeholders need to understand and believe the new story. Only then will their confidence be restored and will they turn from detractors to supporters. And Walsh and his team cannot regain their momentum without the support of their stakeholders.

Success breeds success. Having found the bottom and restored confidence, Walsh and his team need to deliver. Most likely this will start with some smaller early wins on the way to full-scale new momentum. Almost by definition, this will start from a new, smaller base, but it needs to start.

Many acquisitions are high points for corporate leaders. They do them as ways to accelerate momentum. When they work, they do just that. When they don’t they are often counter-productive. This is why it’s as important to keep from doing a bad deal as it is to do a good deal. Once you figure out it’s a bad deal, find the bottom, restore confidence and regain your momentum.

There are several components of this including positioning yourself for a leadership role, selling before you buy, mapping and avoiding the most common land mines, uncovering hidden risks in the organization, role, and fit, and choosing the right approach for your transition type.  (Including an interim role.)

The New Leader’s Playbook includes the 10 steps that executive onboarding group PrimeGenesis uses to help new leaders and their teams get done in 100-days what would normally take six to twelve months. George Bradt is PrimeGenesis’ managing director, and co-author of The New Leader’s 100-Day Action Plan (Wiley, 3rd edition 2011) and the freemium iPad app New Leader Smart Tools. Follow him at @georgebradt or on YouTube.