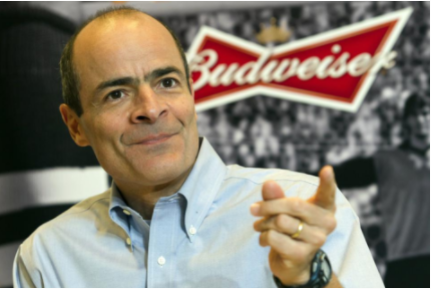 Carlos Brito built AB InBev into the world’s biggest brewer over the past 15 years. Now, at age 61, he’s handing the reigns over to Michel Doukeris. In the words of InBev chair, Martin Barrington, “Doukeris’ expertise in brands, consumers and innovation meant the 48-year-old was ideally suited for the company’s next phase.” Different phases, different situations, different types of leaders.

Brito fell into that third camp as a master building. Starting with Brazil’s AmBev, he merged with or acquired Belgium’s Interbrew, Anheuser-Busch, Mexico’s Grupo Medelo, and SAB Miller among others. Together, they formed the foundation of the world’s largest brewer. It’s a remarkable accomplishment by the right leader at the right time.

But his time is done. Growing from here requires the expertise in brands, consumers and innovation that Doukeris brings to the party. Good for AB InBev’s board for making that change happen.

One of, if not the most important responsibilities of a board of directors is the selection of a CEO. Picking the right CEO for the current context is crucial. Then it’s important to prepare for CEO succession, especially as the situation changes.

Look at Barrington’s words. Brito was hugely successful in building the foundation. Now AB InBev needs to turn its attention to “brands, consumers and innovation.” Hence the need for a commercially-focused, Chief Enablement Officer.

Both are useless in the extreme.

Crafting and timing CEO transitions is somewhat of an art. There is not a single guidance for when to complement your CEO and when to replace them. Each situation and each CEO is different. Think through when to:

The #1 regret experienced leaders have is not moving fast enough on people. This is true for boards and CEOs as well. Know when it’s time to move and move. Further, boards play advisory roles and governance roles. Give your CEO all the support and advice you can, until it’s time to pull out your governance card and make a change, either by adding people or replacing the CEO.