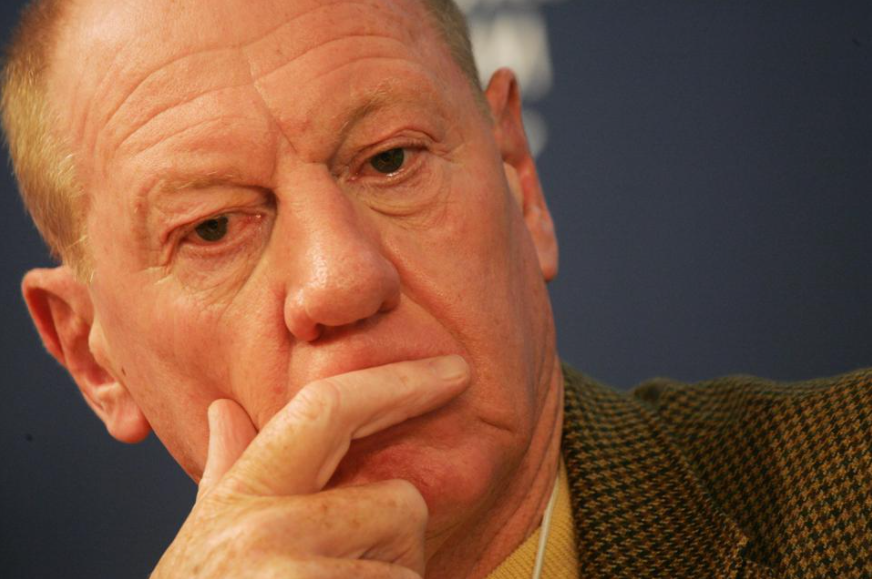 In last week’s article on Decision Enabling versus Decision Making, I referenced one of my personal heroes from my time at Coca-Cola, Neville Isdell. He read that article and reached out to me – because that’s what leaders like he and P&G’s John Pepper do. That conversation and Neville’s excellent book, Inside Coca-Cola, reinforced my belief that his 40 years at Coca-Cola is filled with shining examples of the impact a leader can have by having the courage and conviction to pursue things that matter with respect for all. Three lessons:

Neville led by inspiring and enabling others whether they were employees of The Coca-Cola Company, its bottlers, retailers, and community leaders – or government, nonprofits, and global corporations working together in “Connected Capitalism.”

When a young Neville considered leaving his strong second-league rugby club to join a weaker, but first-league club, his father told him, “I don’t think there is any point in being a first-league player with an inferior club. Always strive to be the best.”

Neville demonstrated courage throughout his time at Coke, like when the Berlin Wall fell and he wanted to invest in several new markets including Romania. Coke’s President, Don Keough pushed back on the Romanian investment. Neville looked him squarely in the eye and said, “I believe things will change. For $8.5 million, to be first in against Pepsi, to capture that market, is the right thing to do. It’s leadership and we need to be the leader.”

But it was never a blind courage. It was more a deliberate courage, marked by gathering facts, listening to others and then pausing for introspection and self-criticism before taking a stand, often against the mainstream.

Neville believes that when the key players are aligned, all win. But it has to be real alignment and commitment based on insight and knowledge and core beliefs.

As his ally, successor as CEO, and still good friend, Muhtar Kent, described, “Neville and I were able to bring back the belief that Coca-Cola is great, and that we can grow again. When you believe that, when you have a growth model, no one quibbles over trying to split something that is shrinking.”

Neville led the overall Coca-Cola turnaround 2004-2008 with a “Manifesto for Growth” co-created by the company’s top 120 leaders over six months as the group deliberately re-thought:

1.    Their current reality – the real, ground truth on the good, the bad, and the ugly of the context

5.    Mindsets and behaviors – guidelines and culture

6.    The change management process – simple, understandable words and steps to bridge the gap between strategy and execution and then implement, track, assess, and adjust as appropriate. (Tactical Capacity)

Neville’s roots as a trained sociologist and qualified social worker, combined with his experience on the Company and bottler side in multiple countries taught him the importance of respecting others and their traditions. His first-choice course of action was always to listen deeply to others, understand why they believe what they believe, reframe, reconsider, and adapt to their ways and then help them. This requires the emotional intelligence which Neville told me is undervalued and “a clear determinant of success, particularly in today’s word.”

Respect for others – and respect for yourself. People who knew Neville knew that his “soft, collaborative side could be backed by a hard edge.” As he put it, “In high-profile, high-stakes partnerships, conflicts come with the territory, and you must be able to get through them without jeopardizing the greater mission.”

The Coca-Cola Company and its bottlers are the definition of high-profile, high-stakes partnerships, essentially “one business, joined as I would put it, by veins and arteries.” He strove to make sure “everyone along the way, from start to finish, makes a profit” and had confidence in themselves.

We’ll give Neville the last word. “A company can’t succeed unless it has its employees behind it. They have to be convinced that the leadership truly has their best interests at heart and can win for them.”

Click here for a list of my Forbes articles (of which this is #700) and a summary of my book on executive onboarding: The New Leader’s 100-Day Action Plan.