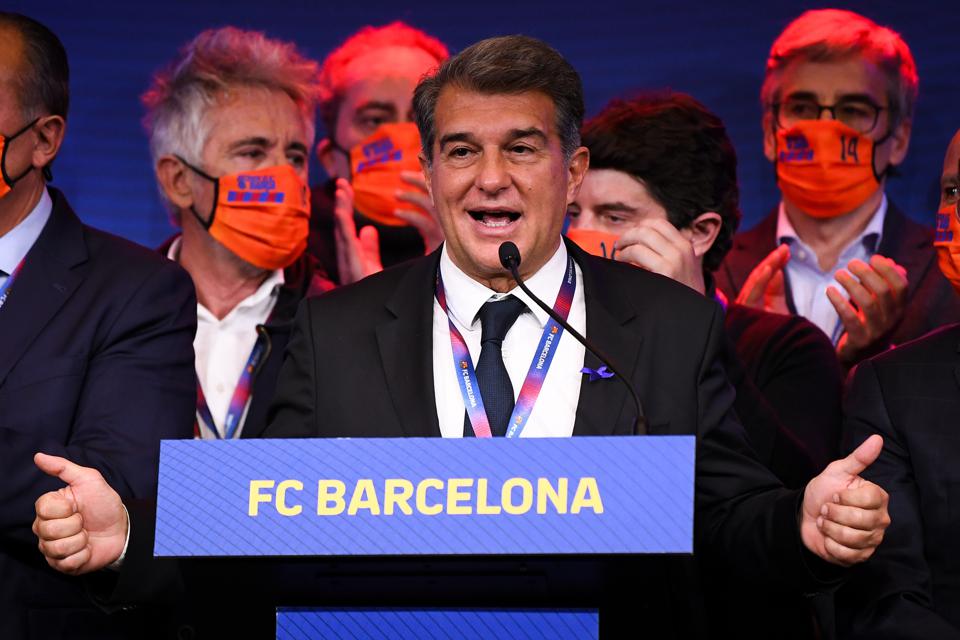 F.C. Barcelona just elected Joan Laporta as its new president – largely because of his success in the role from 2003 to 2010. But he will fail if he tries to do the same thing again. His only path to success is to reinvent himself as he re-invents Barcelona.

As Tariq Penja put it in, “Laporta’s previous term as Barcelona’s president set the stage for a dominant era for the club.” Indeed, between 2008 and 2013, Barcelona earned 92% wins or draws, 3.5 goals for every one against, the highest ever ELO, and 15 trophies. That qualified it as one of the 16/1000 professional teams with “freakishly” successful streaks that Scott Walker evaluated for his book The Captain Class.

Laporta brought in the right Manager in Pep Guardiola. Brilliant. He brought in one of the world’s great stars in Lionel Messi. Gutsy. But, as Walker makes the case so clearly, those would not have been enough. The key was the captain, Carles Puyol.

And, to pour more coal on the fire, Christopher Bingham et al make a strong case that most boomerang CEOs fail. Indeed, their study of 167 returning CEOs between 1992 and 2017 showed that the annual stock performance of their companies was 10.1% lower than their first-stint counterparts.

Succeeding as a boomerang

The general advice for a returning CEO is not to think like a boomerang. Don’t think you’re returning to the same company. You’re not. Don’t think what you did before will work. It won’t. Think in terms of joining a new company and work through all the steps of onboarding and converging into the new company before trying to evolve it. And, under no circumstances consider for a moment of taking it back to its glory days.

While the general advice is applicable to Laporta’s return to Barcelona, rebuilding a culture of winning may be even more important to a winning sports franchise. Laporta can lead that in three steps:

Click here for a list of my Forbes articles (of which this is #694) and a summary of my book on executive onboarding: The New Leader’s 100-Day Action Plan.

View More
« Knowing When To Deliver Craftsman-Level Quality And Not