Drawing The Right Conclusions From The Brady-Mahomes Superbowl Matchup 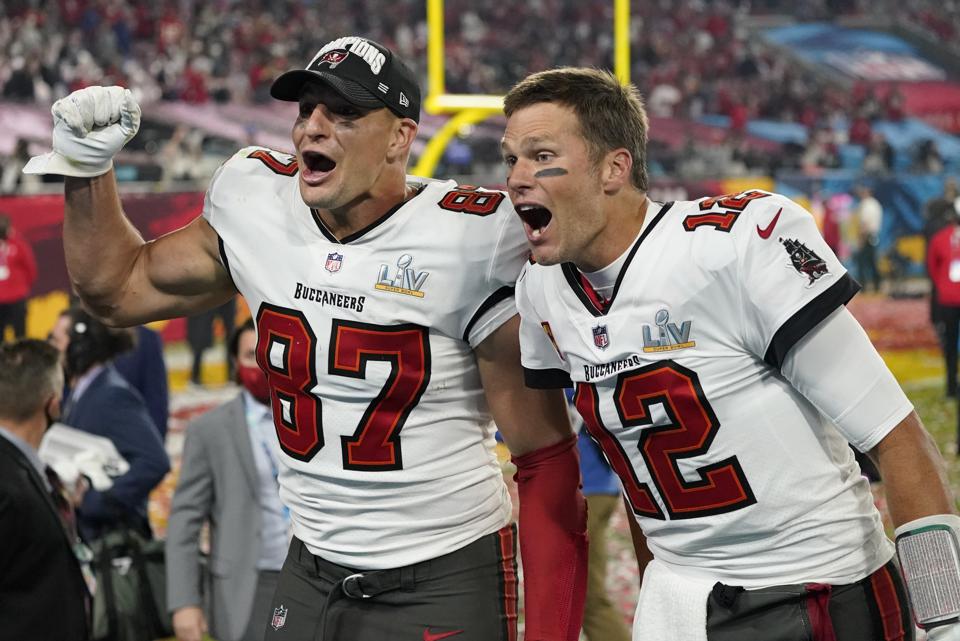 Quick quiz. How many passes did Brady complete?

21 of his 29 passes were caught by his teammates, none by him. And, he doesn’t even get to throw the ball without the offensive line giving him time.

1) Belief. Tampa Bay’s owners, GM, coaches, quarterback, and team believed in themselves. This is straight out of Virgil, “They can because they think they can.” Brady, Gronk, Brown, and Fournette didn’t go to Tampa to turn the team around, have a winning season, or win the conference. Their standard was to win the Superbowl. As Brady put it at the end of the game, “I think we knew this was going to happen. Didn’t we?”

2) Strategy is about the creation and allocation of resources to the right place in the right way at the right time over time. The Bucs owner, GM and head coach didn’t just bring in Brady. They brought in the right coaches, coordinators, staff, receivers, runners, offensive line, and defense.

3) Tactics are about the deployment of forces in the battle. The Bucs’ array of runs, screens and play-action on offense produced 31 points. On defense, the Bucs’ almost complete neutering of Tyreek Hill and exploitation of the Chiefs’ two back-up tackles led to constant pressure on Mahomes and limiting the Chiefs to three field goals and nine points.

4) Hard Work. Lombardi put it best, “The will to win is not nearly so important as the will to prepare to win.” No team gets to the Superbowl without hard work. The teams that win, work that much harder. And Brady’s regime is legendary. The work he puts to perform at his best physically and mentally is in a different league. Brady and his teams win partly because they work harder than anyone else – all the time.

5) Discipline. The Bucs beat the Chiefs fair and square. On top of that, the Chiefs beat themselves. Their discipline broke first. They had 95 yards in penalties in the first half, some of which made material differences. The Bucs kept their discipline when it mattered.

Great leaders bring out others self-confidence. This is true at every level from owners to CEOs to executives to Sam Walker’s Captain Class tactical leaders. Cut through the consultant-speak of missions, visions, and values (which have their place,) to get to the heart of the matter, people setting their sights on the right prize, the right standard, and believing they can reach it.

Strategy is about choices – particularly if you want to lead through a point of inflection. Be clear where you’re going to be superior, parity, strong, or good enough, knowing that trying to be best at everything is a recipe for disaster because no one can afford to resource that.

Strategy is useless without tactical execution. The strongest organizations have what Jorge Pedraza called “tactical capacity” – “A team’s ability to work under difficult, challenging conditions and to translate strategies into tactical actions decisively, rapidly, and effectively.”

You know who’s doing the work and who’s not. Experienced leaders #1 regret is not moving fast enough on people. When they finally did, others asked, “What took you so long?” This is because what high performers most want is for someone to get the low performers out of their way. Those not doing the work aren’t just hurting themselves. They’re hurting the team.

Discipline is about consequences and, in particular, the balance of consequences. Make sure you’re holding people to account and not rewarding undesirable behavior. If you walk by the little things, they grow and people take more and more liberties. The discipline of excellence is not a some-time thing. It’s an all the time thing. You won’t win every time. But you don’t have to beat yourselves.

Click here for a list of my Forbes articles (of which this is #687) and a summary of my book on executive onboarding: The New Leader’s 100-Day Action Plan.