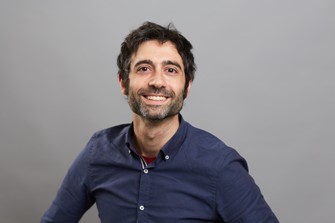 22-year-old poet Amanda Gorman burst into the country’s attention at Joe Biden’s inauguration like a brilliant sunrise. She’d been honing her craft for years below the horizon and the light of her personal brand had been growing steadily, living three lessons for others to follow: 1) Know yourself. 2) Be your message. 3) Put yourself in opportunity’s way.

Amanda knows she’s a poet and activist. She crafts and delivers words that influence people’s thinking about oppression, feminism, race, and marginalization.

She chooses to focus on words. As she told Anderson Cooper when he asked her what images from the January 6 attack on the Capital struck her, “I’m a poet. I work in words and text.” She read the messages and Tweets about the insurrection more than looked at the pictures.

She thrives on delivering her poems with her own voice – as she did at the inauguration. Doing that well forced her to overcome her speech impediment, particularly learning to get comfortable with Rs, which she did by learning to rap “Aaron Burr Sir” from Hamilton.

Amanda believes in what she’s doing. She treasures her heritage, upbringing, and education and strives to put them to good use through what she does herself and how she enables others.

She believes in the power of words. As Amanda explained on the Today show in 2018, she got hooked on them when she read Ray Bradbury’s “Dandelion Wine” in 3rd grade and was struck by the metaphors. And, as she told Anderson Cooper this year,

“To me, words matter, and I think that’s kind of what made this inauguration that much more sentimental and special. We’ve seen over the past few years the ways in which the power of words has been violated and misappropriated, and what I wanted to do was to kind of reclaim poetry as that site in which we can re-purify, re-sanctify not only the Capitol building that we saw violated, but the power of words, and to invest that in kind of the highest office of the land.”

She starts on her poems not with an idea, but with a target. Her poems are different when she’s talking to children, or women, or the entire country. For her inauguration poem, she knew she was talking to a divided nation. She researched others that had spoken to divided nations like Frederick Douglas and Abraham Lincoln.

Amanda was not surprised by the events of January 6. But they “energized me even more to believe that much more firmly in a message of hope, and community and healing.” And, as she said, “Hope isn’t something we ask of others. It’s something that we have to demand of ourselves.”

She grounds herself with the same mantra before every reading, “I am the daughter of black writers. We’re descended from freedom fighters who broke their chains and changed the world. They call me.”

This helps her “prepare for the duty that needs to get done” and keeps her focused on her overarching message.

Put yourself in opportunity’s way

In each case, she was ready. She cared. She prepared. She treated each opportunity as the gift that it was – to share her gift and let people know more about her.

She had the #1 and #2 best-selling books on all of Amazon the day after her inauguration reading – neither of which gets published until September. Not coincidentally, the poem she read was “The Hill We Climb” and the title of one of her September 2021 books is “The Hill We Climb: Poems.”

Before and after the inauguration, Amanda was ready to engage with any and all commentators and tell her story over and over again, making each time as fresh as the first.

Click here for a list of my Forbes articles (of which this is #684) and a summary of my book on executive onboarding: The New Leader’s 100-Day Action Plan.

A Masterclass In Personal Branding By Amanda Gorman »
PrimeGenesis > External Articles > Leadership > Access Your Artistic Side To Lead Through Uncertainty.