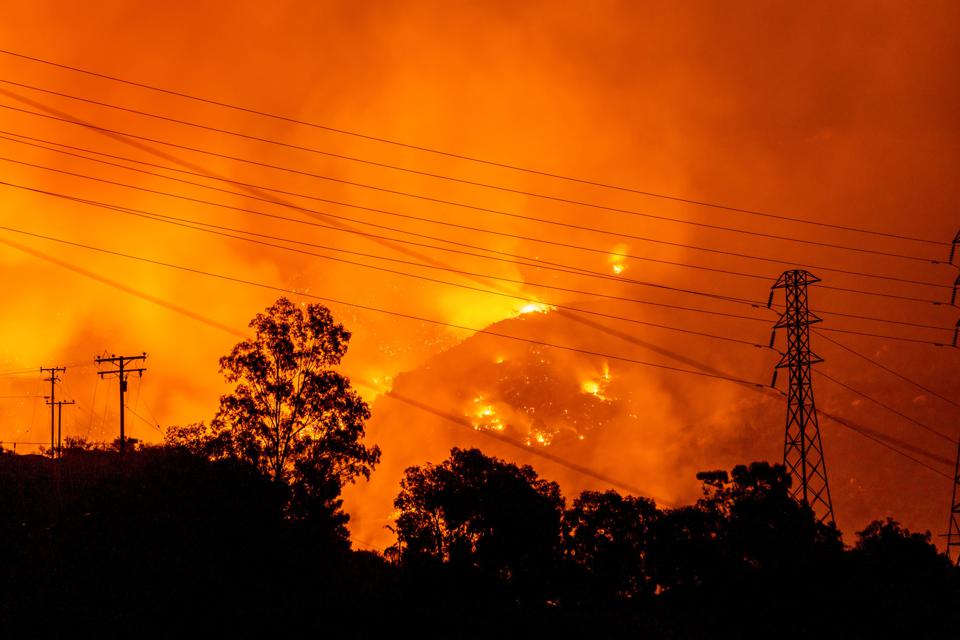 Fourteen months ago, California utility PG&E CEO Geisha Williams left incoming CEO Bill Johnson three envelopes on her way out and told him to open them one at a time, when things got tough.

He opened the first a couple of months in. Her note said “Blame your predecessor.” So, he did, blaming “negligence by the company’s past management for a cascade of catastrophes that killed nearly 140 people as he tried to persuade California regulators Tuesday that he is steering the utility to make safety its top priority.”

His specific remarks were, “I think there has been a lack of accountability in the leadership to produce good safety results.”

Things did not improve. So, he opened the second envelope. This note said “reorganize.” So, he did, eliminating 80% of PG&E’s top executives and promising to continue to purge employees “who didn’t emphasize safety above all else.”

This is not a new idea. “Every time we were beginning to form up into teams, we would be reorganized. I was to learn later in life that we tend to meet new situations by reorganizing… and a wonderful method it can be for creating the illusion of progress while producing confusion, inefficiency, and demoralization.” – Gaius Petronius, Roman governor and advisor (arbiter) to Nero – in A.D. 65

The three-envelopes are an old joke. But PG&E seems to keep doing this. Now Johnson is out after 14 months, adding himself to the 40% of leaders that fail in 18 months in general.

Californians can only hope Johnson’s successor does a good, BRAVE job of rebooting the organization’s culture.

Let’s unpack that. Leaders need conceptual frameworks to help them sort incoming intelligence and guide their decisions. They also help those providing intelligence to leaders give them Susan Gordon’s “wisdom, clarity and insight” in ways that are most useful to them.

Three Goods and BRAVE Culture are such frameworks.

Happiness is good. Actually, it’s a balance of three goods, doing 1) good for others, 2) things I’m good at and 3) good for me.

Ultimately, culture is the only sustainable competitive advantage and BRAVE is a framework for thinking about culture.

The frameworks lead to the only way for PG&E’s next CEO to break its death spiral. It’s a classic “from-to.”

In terms of “good,” PG&E is a public utility. How can its mission be anything other than improving its customers’ lives – good for others? Indeed, as Johnson said,

“As we look to PG&E’s next chapter, this great company should be led by someone who has the time and career trajectory ahead of them to ensure that it fulfills its promise to re-imagine itself as a new utility and deliver the safe and reliable service that its customers and communities expect and deserve.”

Yet, when he came in to turn things around 14 months ago, Johnson said he was “going to be pretty laid back.” He negotiated a three-year contract with a substantial signing bonus and all sorts of things that protected much of his compensation if he didn’t make it through the three years.

Culturally, the core is going to be purpose, choices and communication.

Leadership is about inspiring and enabling others to do their absolute best together to realize a meaningful and rewarding shared purpose. PG&E’s current stated purpose is the “transmission and delivery of energy.” Seriously? That’s not inspiring. What’s inspiring is how that energy improves people’s lives. The new CEO needs to figure that out and rally people around that.

Strategy is about the creation and allocation of resources to the right place in the right way at the right time over time. Of course, PG&E has to stop burning down the state, blowing up communities, and failing on a regular basis. But the absence of a negative is not necessarily a positive. Johnson’s “No more disasters, no more catastrophes, no more fatalities” was nowhere near good enough.

Everything communicates. PG&E’s new CEO will be leading out of compound crises. Their leadership and communication must be emotional, rational and inspirational. Where Johnson went radio-silent after cutting off power to 2 million customers, the new CEO must be fully present.

Click here for a list of my Forbes articles (of which this is #634) and a summary of my book on executive onboarding: The New Leader’s 100-Day Action Plan.

View More
« Why Middle Managers Are Particularly Vulnerable To COVID-19