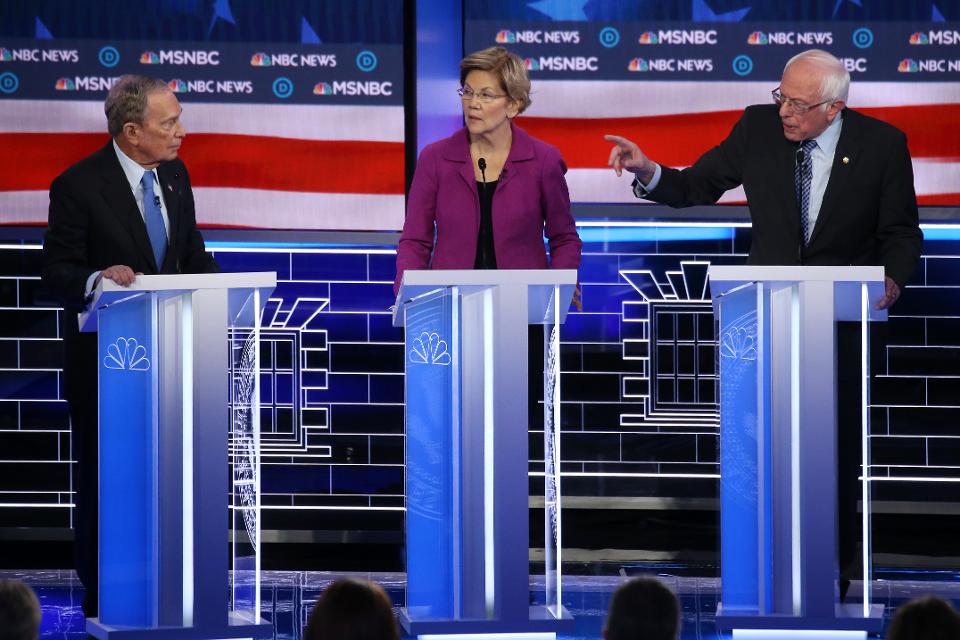 Last night’s Democratic debate was a fire fight with verbal sparring in all directions. While everyone watching saw things through their own filters, it was clear that some of the candidates stayed closer to their personal messages and organizing concepts than did others. In general, those that did better in this debate were those that more strongly believed in their organizing concepts and let them guide their words and actions. Be. Do. Say.

Messages/slogans from the candidates’ websites:

Last year, Tom Porter recapped the winning US Presidential campaign slogans since 1948 and suggested that “An effective slogan will sum up a candidate’s pitch to the country in a few words, and be powerful enough to cut through the endless onslaught of information in people’s lives.”

Some of the most powerful were not completely original. But they did reflect the candidates’ fundamental beliefs:

It must start there. If the slogan does not flow from what the candidate fundamental believes, it’s highly unlikely that all their actions through the years will have been in line with that slogan. With the intense scrutiny and opposition research of a presidential campaign, they will get caught – and called out like Mike Bloomberg did last night. He was forced to defend his previous support of things like “Stop and Frisk” and the way women had been treated at his company.

An organizing concept is the strategic core idea being executed in a slogan, message and communication points. Those with stronger beliefs in their organizing concepts find it far easier to stay on message. They’re always communicating what they themselves believe and not reading PowerPoint slides or Post-It notes provided by others.

The best example I’ve seen was Charlie Shimanski and his first gathering of the American Red Cross’s disaster response directors. As Charlie told me for an earlier article – which you can read by clicking here,

“Feel proud” was not a headline message. It was an organizing concept.

Those concerned about injustice or corruptions will gravitate to Sanders or Warren. The other candidates’ messages may be too generic to inspire the same passion. Their paths to success lie in strengthening messages based on organizing concepts they believe in and others care about.

This lesson applies to any executive onboarding into a new role. They must craft their entry communication plan based on a clear organizing concept. That concept must match their underlying beliefs and guide their actions and words. Everyone they interact with will listen and observe for clues about what this means for them. This is true for presidential candidates, new CEOs and new first line supervisors.

Click here for a list of my Forbes articles (of which this is #619) and a summary of my book on executive onboarding: The New Leader’s 100-Day Action Plan.