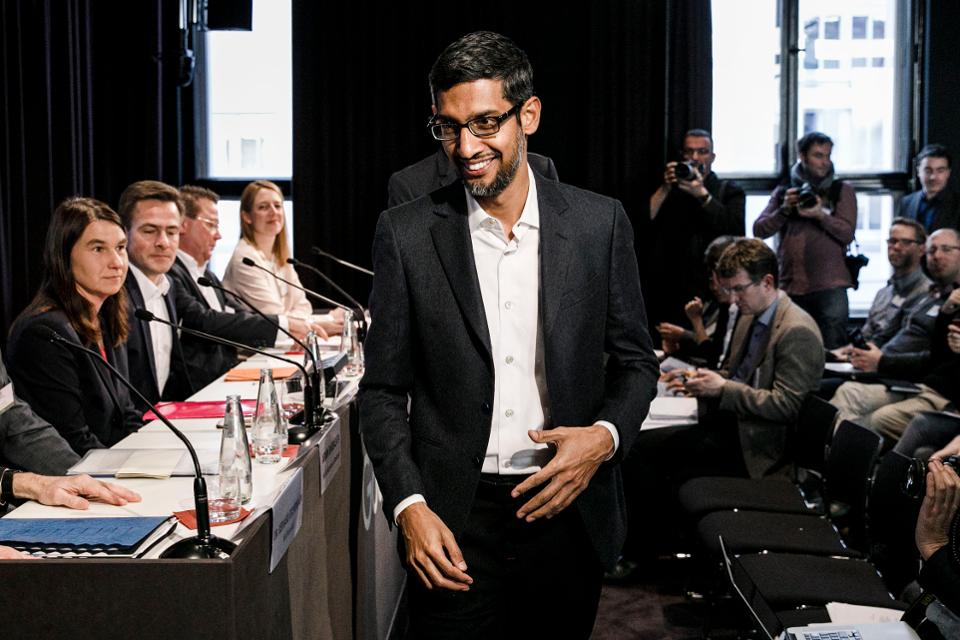 Recall, in 2015, they created Alphabet. They said, in the Alphabet founding letter that they were doing this to “keep tremendous focus on the extraordinary opportunities we have inside of Google” through “strong leaders and independence.”

“Larger organizations often struggle with revolutionary innovations because they require different capabilities, mindsets and cultures than the ones that made them successful. Unlike smaller companies, large, successful corporations have much more to lose.”

Alphabet was formed to give strong leaders the independence they needed to bet the ranch. Larry and Sergey are adept at starting things and encouraging independent leaders. They ran Alphabet.

At the same time, they elevated Sundar Pichai to CEO of Google. He had proved himself as head of product and engineering and was expected to keep “focused on innovation—continuing to stretch boundaries.”

Pichai has kept Larry and Sergey’s confidence. He’s run the main business well, “making Google even better through greater focus.” He has stretched boundaries, but not broken them.

Larry and Sergey said in yesterday’s founder’s letter that it was time to, “simplify our management structure” with Pichai running both Alphabet and Google.

That can’t be the right objective.

Someone came to him with a proposal for an IT expenditure.

“It will simplify things.”

He reacted badly, explaining that he didn’t care about simplifying things. If a more complicated approach would create more value, that was the right approach.

Alphabet and Google’s mission is not to simplify management. It’s to “organize the world’s information and make it universally accessible and useful.” If a more complex management structure is required to do that, that’s what they should have.

This brings us back to the original question, “Can Sundar Pichai both operate and innovate at Alphabet and Google?” The evidence suggests Larry and Sergey were right in 2015 and wrong now. Expect Pichai to find a new way to protect Alphabet’s start-ups from the gravitational pull of the Google mothership.

Keep people focused on making their own boats go faster. This is not about titles and prestige. It’s not about the whole alphabet. It’s about the ABCs – Antecedent, Behavior, Consequence. Show me how people are paid and I’ll tell you what they do.

If you want people to drive revolutionary innovation, prompt that behavior and then reward them for taking big bets. Protect them when they bet the ranch and lose. Reward them when they win.

If you want people to keep things safe and drive evolutionary innovation, prompt that behavior and reward them for taking small steps. Punish them severely if they bet the ranch.

Click here for a list of my Forbes articles (of which this is #602) and a summary of my book on executive onboarding: The New Leader’s 100-Day Action Plan.

View More
« Why Every Corporate Group Needs Its Own Garbage Collector