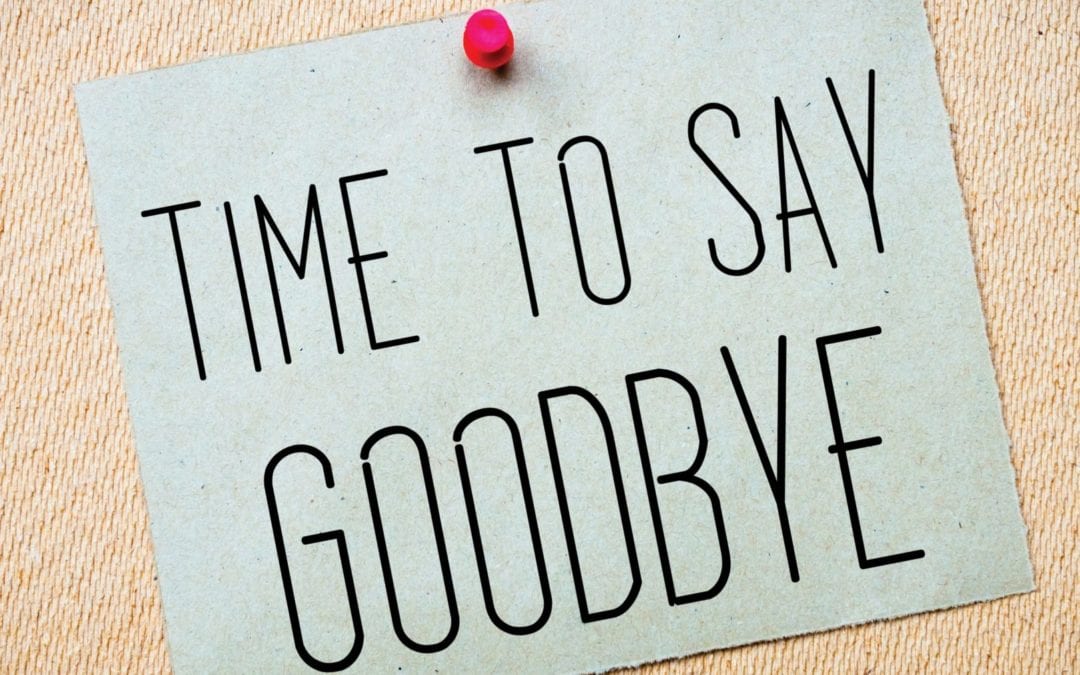 We’ve heard it a million times in a million different ways. You can’t embrace the future with one foot stuck in the past. You can’t go forward if you’re looking in the rear view mirror. You can’t solve problems with the same thinking that created the problems in the first place. The common theme is about the need to close out one chapter in order to embrace the next one.

There are three parts to this: 1) Accepting the need to close out a chapter; 2) Closing out the old chapter; 3) Moving on.

Accepting the need to close out a chapter

People go through the stages of grief for some changes. After a shock, they go through denial, anger, bargaining and depression before accepting the inevitable. As Elisabeth Kubler-Ross originally suggested, they do not necessarily progress through these stages in any particular order; they revisit some stages; and they may get stuck in one stage for an extended period.

This happens when people lose jobs.

One of the people working for me went through all three parts over a nine-month period. At the end of his Special Assignment, he had not found a job. It’s not clear he had ever really looked for a job. I met with him on his last day to say goodbye. He asked “What happens next?” When I told him he was terminated, he got angry, saying we hadn’t given him notice. In nine months, he had never gotten past denial.

A more common situation happens when people can’t get over their loss of a job over time. The nature of our work at PrimeGenesis means that we come in contact with a lot of people moving from one job to another. We see people stuck in each of the intermediate stages:

Closing out the old chapter

However you choose to do it, draw a line and turn the page on the old chapter. Whether it’s moving your things out of your old office, deleting your old files, or burning your old boss in effigy, do something to mark the end.

Saying goodbye to the old frees you to embrace the new. Of course, you should internalize the lessons about what you did well and less well. Do this not to relive those experiences again, but, rather, to help you shape your new experiences.

Everything you’ve done in the past sets you up to be the best you you can be going forward. Don’t fight denial, anger, bargaining and depression. Instead, move through them, close them out, accept your reality, and embrace your future.

Are Business Pivots Harder Than Football Pivots? Learn from the Steelers »
PrimeGenesis > New Leader's Playbook > Momentum > Shifting Sands > Why Closure Is So Important For Moving On After Losing A Job