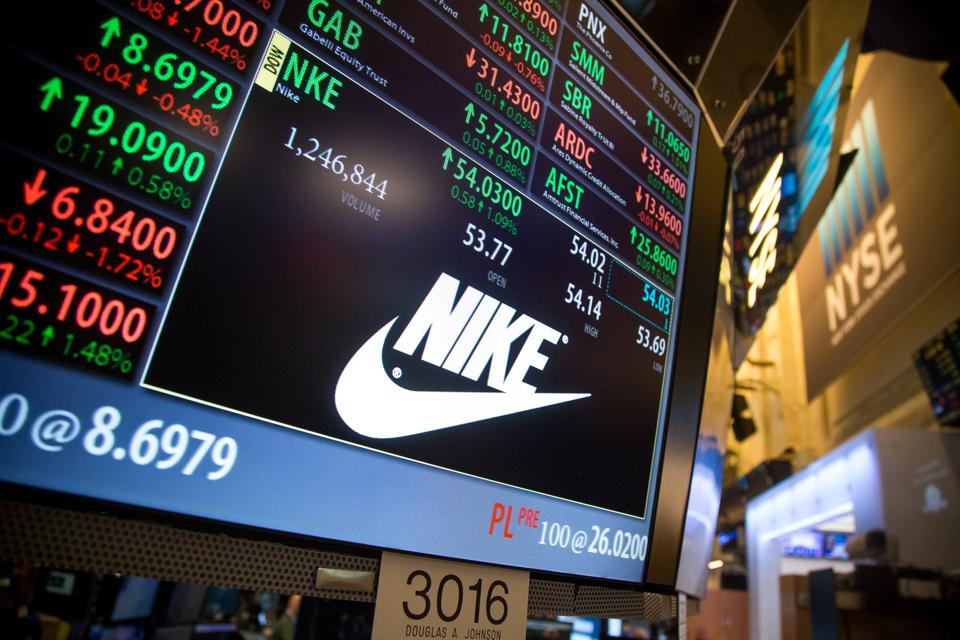 Steve Easterbrook was recently fired from McDonald’s because of a relationship with another employee.

On the one hand shame on Easterbrook. He should have known better – as should any executive in the same position. Yet the story repeats itself over and over again. Anyone going through this deserves everything that happens to them. If they weighed the pros and cons of their actions rationally, they’d never do it. But then, people in these situations are not necessarily thinking rationally.

The good news for incoming Chris Kemczinski is that he was in the succession pipeline. As head of McDonald’s US business, he was being groomed to be CEO. While it happened sooner than expected, there should be no surprise underlying business issues he has to address immediately. He should do fine.

Mark Parker’s giving up the CEO job at Nike after 13 years at the helm is not a huge surprise. He turns 65 next year and as he said in an internal memo:

“To be clear, I’m not going anywhere. I’m not sick. There are no issues I’m not sharing. I strongly believe the best way for us to evolve and grow as a company is to bring in a phenomenal talent to join our team who has long been part of the Nike family.”

That someone is former eBay CEO John Donahoe who is currently on the Nike board.

Despite some earlier issues with Alberto Salazar’ alleged doping of runners, Parker is exiting well.

The problem is that he’s not completely exiting, but moving into an executive chair role – and still an employee. This will make it extremely tempting for Parker’s former direct reports to go directly to Parker on big issues, managing around Donahoe. This is mission-crippling for Donahoe’s ability to take charge of the organization. Parker will have to cut off his former direct reports’ access to him so he can support Donahoe. Should be doable – though not doing it is mission-crippling.

“We cannot solve our problems with the same level of thinking that created them.” —Albert Einstein.

Someone forgot to tell this to Under Armour’s board.

Founder Kevin Plank is stepping down as CEO after years of slowing sales. Their current president and COO, Patrik Frisk, is taking over.

Do you see the problem? Frisk has been one of the architects of the strategies, organization and operations that have produces years of slowing sales. They need new thinking, most likely by bringing in a phenomenal talent to join the team.

Unless Frisk can reinvent himself or find other ways to get new thinking, you have to assume their problems are going to continue.

Know what you’re getting into.

If, like Chris Kemczinskiu at McDonald’s your risk level is relatively low, do the basics. Get a head start. Manage your message. Set direction and build your team. Sustain momentum and deliver results. There are, of course, always risks. Keep your eyes and ears open and leverage internal spies and external scouts to keep you abreast of what’s going on so you can identify risks while they are still manageable.

If, like John Donahoe, you face a mission-crippling risk, mitigate that risk head-on, directly and now. Don’t let it fester and undermine everything else you’re doing. Have conversations with the people that threaten your mission and, together, figure out a way for all to achieve their objectives.

If, like is possible with Patrik Frisk, you face an insurmountable barrier, change the game. That could mean walking away. Or it could mean re-adjusting the organization’s expectations and approach. Einstein also suggested that doing the same thing over and over again and expecting a different result is a definition of insanity. Don’t do that.

View More
« Why Subordinates Should Not Interview Potential Bosses

Why Closure Is So Important For Moving On After Losing A Job »
PrimeGenesis > New Leader's Playbook > Messaging > Ongoing Comunication > Ranking McDonald’s, Nike And Under Armour’s New CEOs’ Chances Of Success