Are Business Pivots Harder Than Football Pivots? Learn from the Steelers 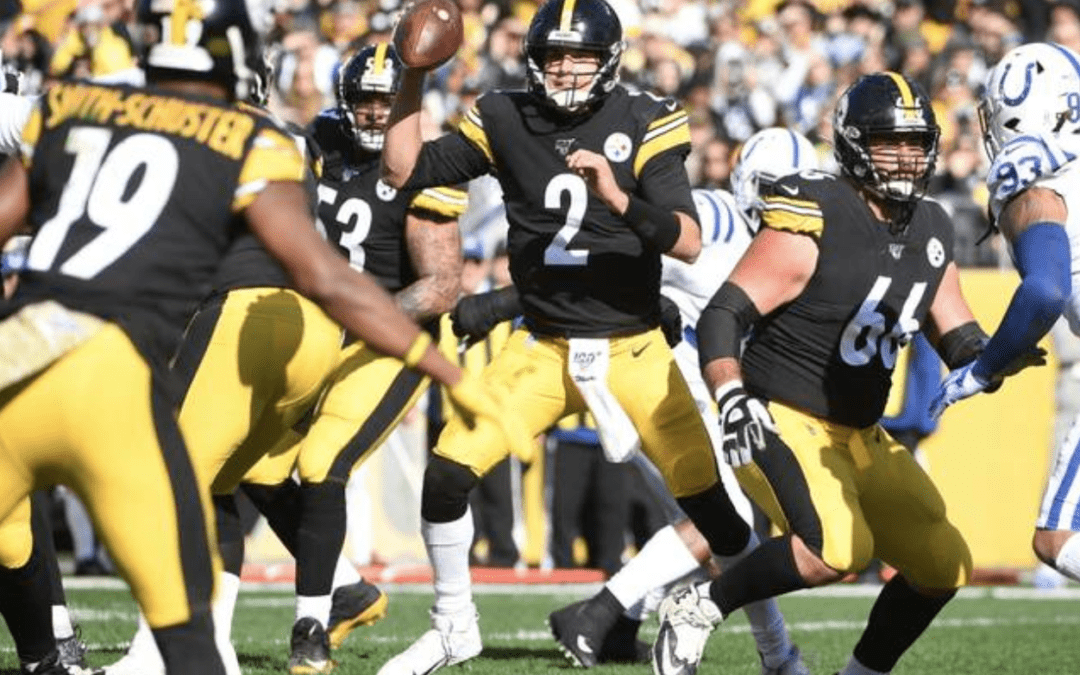 Have you ever experienced challenges in your business that were so hard, you resigned yourself to missing your financial plan?  Teams in the National Football League encounter this moment when they are playing to make the playoffs or “playing for next year”. For them, throwing in the towel delivers higher draft capital for the next year. For the rest of us, though, we need to find a way to pivot and win and not accept mediocrity. One NFL team did just that at a moment of despair …they pivoted.

You’re not as competitive…now what?

The most important position in all of sports is the quarterback of an NFL football team. The teams that make the playoffs each year – particularly those that progress to championship games – have all-league quarterbacks that are destined to be members of the hall of fame. Simply put, when you have a hall-of-fame quarterback, you will be competitive. When you don’t, your path to success is very challenging. So, when your hall-of-fame quarterback gets hurt in the second game of your season and is replaced by a novice quarterback, do you lower your expectations?  Most say ‘yes’. The Pittsburgh Steelers are saying ‘no’.

As the quarterback of the Steelers, Big Ben Roethlisberger has led the team to three Super Bowls. His game two injury led to the promotion of Mason Rudolph – a quarterback that had never started a game in his young career.  Rudolph lacks Roethlisberger’s ability and, more importantly, his experience. Steeler fans prepared themselves for the inevitable lose. But something surprising happened. After the Steelers started 0-3, they pivoted and doubled-down to a new strategy to win games in a new way. They would win via defense.

Many businesses find themselves in the same situation as the Ben-less Steelers. With a weak competitive position, they meander along with low expectations and resign themselves to being inferior to competitors. Have you ever had a competitor that launched a significantly better product or innovated their customer experience in a way that had you questioning your ability to compete? Have you ever lost talented people that carried institutional knowledge and skill out the door? It’s tough to swallow, but you can accept defeat and do your best, or you can pivot to compete differently.

The Steelers pivoted. Their offensive game plan became more conservative to accommodate the novice QB. Their defensive game plan became more aggressive to capitalize on a young and promising defensive group. And then the Steelers doubled down to get an early win with this new strategy and convince their fans, and themselves, that they could be a playoff team without Big Ben.

In our book, Point of Inflection, we talk about the BRAVE leadership framework where the letter “A” stands for Attitude.  Attitude speaks to the choices that drive leaders, and how their teams will win with strategy, priorities, and culture. The Steelers shifted their strategy from offensively-driven to defensively-driven, they allocated their resources (best players) to reinforce the strategy, and they rallied the team to energetically execute. Coach Tomlin deserves a lot of praise for the culture of this team. His leadership and attitude got them to believe in the new direction, and each other, in an impressive feat of leadership.

Most NFL coaches these days are hired for technical skill – innovative offensive minds, quarterback whisperers, and defensive gurus – yet should a case be made that good leaders and positive cultures are the most sustainable advantage for a franchise? Can the same be said for businesses? It is no coincidence that the coaches with the most tenure in the NFL – Bill Belichick (19 years), Sean Payton (13), Mike Tomlin (12), and John Harbaugh (11) – are leaders of teams with sustained high levels of performance and team cultures that are considered rock solid?  Leadership and attitude mean a lot.

NFL pivots are high profile but, football is really just a game, right?  Business pivots aren’t quite so easy.

Or are they? The need to pivot can be prompted by a strong competitor, changing customer behaviors, a recent acquisition, or simply lackluster performance. Ask yourself whether you can envision these types of pivots below – pivots that can change the trajectory of your business as they have for other successful businesses:

The list of options is long. Pivots require a good plan and a genuine belief in the future, but they are possible in all areas of our business and personal lives. Don’t accept defeat …find a way to win.

Learn more about our current best thinking at business transformations

The Difference Between Executive Onboarding And Performance Failure »
PrimeGenesis > Strategic Inflection Points > Are Business Pivots Harder Than Football Pivots? Learn from the Steelers