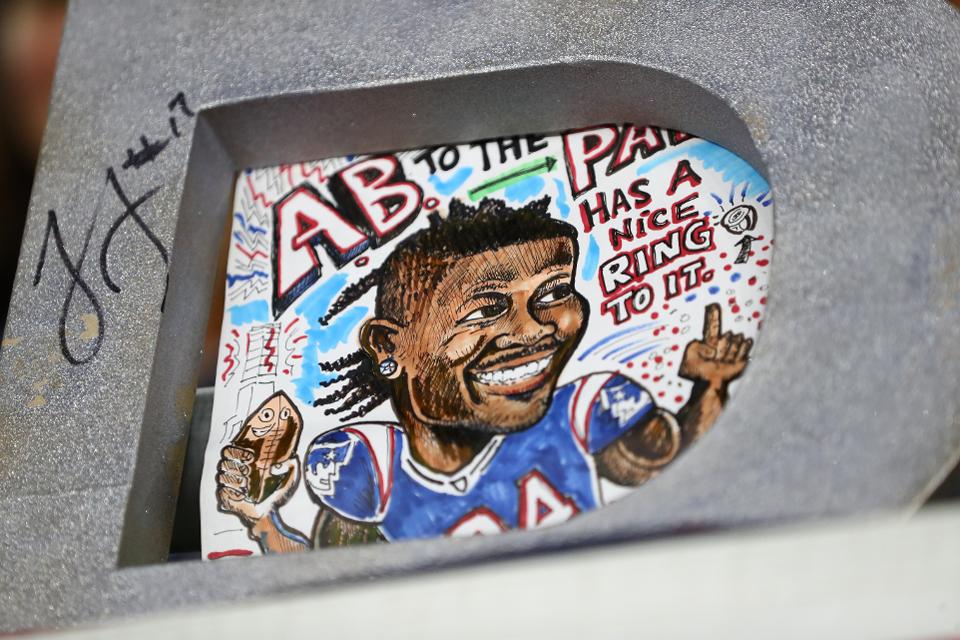 You’ve all faced the Patriots dilemma with Antonio Brown one way or another. How do you make sure an incoming superstar helps team performance instead of hurting it? There’s no doubt Patriot’s coach Bill Belichick is a master at doing this. There’s no doubt Brown poses a particularly big challenge. Expect Belichick to do what he’s always done, bring the new player onboard step by step.

For those of you not familiar with the NFL’s Antonio Brown, in eight seasons with the Pittsburg Steelers he delivered 11,207 receiving yards. That’s 86.2 yards per game – the third best ever by any NFL receiver on any team over their career. And, oh-by-he-way, he also ran for 2,932 yards after receiving kicks.

At the same time, Brown has not always been a great “team” player. Witness his involvement with Facebook-gate, Practice-gate, Helmet-gate, Cryotherapy-gate, and most recently Social Media-gate again. CBS laid out the full timeline. Here are some highlights (lowlights):

Facebook-gate – Brown live streamed the Steelers’ 2017 locker room celebration following the 2017 Divisional Championship versus the Kansas City Chiefs. Not nice. Turned out Facebook had paid him to do that. Big oops.

Practice-gate – Brown got into an argument with Steelers’ quarterback Ben Roethlisberger, gave up on the Steelers’ 2018 season chances, and skipped a bunch of practices. This led to his getting traded to the Oakland Raiders.

Helmet-gate – Brown didn’t like the NFL rule changes on helmets and insisted on playing with his old helmet filing grievances, threatening to retire and not showing up for practices with his new team.

Cryotherapy-gate – Brown missed 10 of 11 training camp sessions with his new Raiders team because he had frostbite on his feet due to not wearing proper footwear during a cryotherapy session.

Social Media-gate – As things melted down with the Raiders management and coaching staff, Brown went back on social media with such team-inspiring Tweets as

“You are gonna piss a lot of people off when you start doing what’s best for you,”

“If they wanna play, they going to play by my rules.”

It turned out he had a social media consultant advising him on the best approach.

Get the picture? Individual superstar. Not always the teacher’s pet, coach’s pet, quarterback’s pet or best team player. You’ve met them over the course of your career. Maybe you even are one of them.

As I’ve written here before, Belichick is the master at “building capabilities over time, preparing for each game and adjusting to game circumstances” to put his team in a position to win.

He hires for values and manages with guiding principles:

Expect him to do exactly that with Antonio Brown.

First, the Patriots signed Brown because of his capabilities. As ESPN’s Ian O’Connor put it, this year, the Patriots “will be unstoppable if Brown doesn’t stop them.”

Second, expect Belichick to leverage Brown as appropriate “for each game.” Quarterback Tom Brady has seen Belichick do this before. He says “It’s going to take (Brown) four to six weeks to get the lay of the land, but if he plays to his abilities and develops in the Patriot Way, it should be a spectacular season for the Patriots.” Belichick will play Brown when he’s ready to help the team and not before.

Third, expect Belichick to adjust as required. If Brown helps the team, great. If he doesn’t, what they paid him for the year is a sunk cost and Belichick simply won’t let him play.

View More
« Three Things To Optimize Your Return From A Break