Lessons From Federer v Djokovic: Not All Points Are Created Equal 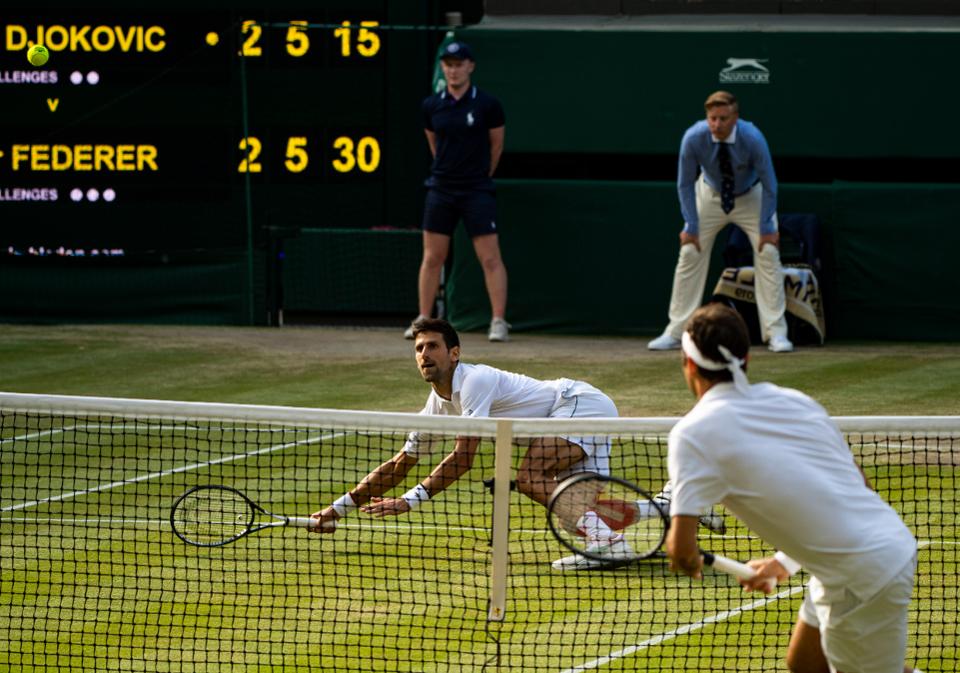 If you missed the Wimbledon men’s tennis final this weekend, Roger Federer won 36 games to Djokovic’s 32 games. Three of Djokovic’s 32 game wins were tie-breakers to win the match 5 sets to 3. While it could have gone either way, it didn’t. Djokovic won the points and games that mattered most. That’s the lesson: marshal your resources to win where, what, and when it matters most.

The where to play question is both strategic, tactical and personal.

Where to play strategically

Strategy is the art of the general, arranging forces before the battle. So where to play strategically is about which battles to fight in the first place.

Professional tennis players and golfers and the like, do not compete in every tournament. They carefully map their seasons so they give themselves the best chance to win the tournaments that matter most.

This is one of the fundamentals of business strategy – choosing where not to play.

One of our early executive onboarding clients was so enthralled with the imperative workshop we ran with his leadership team to get them on the same page that he asked us to do that with every team in their organization. We declined, saying our focus was on executive onboarding and if we did that work we would come out the other side a different organization than we choose to be.

Where to play tactically

Tactics are the art of deploying forces within the battle. So where to play tactically is how to make the best use of the resources you’ve got at hand to create the best results possible.

Neither Federer nor Djokovic could learn new shots during the match. But they most definitely probed each other to see which of their shots would work best against the other during that match.

Tactical adjustments often make the difference between success and failure of an endeavor. This is especially true in decentralized customer service organizations, pushing decision-making as close to the customer as possible. Federal Express is legendary on this front, holding up for praise all their people that do whatever it takes to deliver their packages on time.

Where to play personally

It looked a lot like Roger Federer was trying to win every point on Sunday. Not true of Djokovic. He pretty much gave up on the second set after he was down a couple of service breaks. It was reasonably clear that his short-term objective was to give himself a rest during that set while pushing Federer as hard as he could.

In business, where to play personally is at the heart of every time management and delegation framework and system. Instead of trying to win every point, the best time managers focus their efforts on the points that matter most. Then those who recognize their own relative strengths and gaps enroll others with complementary strengths to help them get more done than they could ever do on their own.

Strategically choose to fight battles you care about and can win. Do not choose to go head to head with every competitor on every dimension. Choose the most valuable markets. Choose the weakest competitors. Then develop your organization’s competitive advantages to the point at which you will win the most important battles.

Tactically, flex your resources once you’ve chosen which battles to fight. Deploy your strongest people and tools where they can do the most good. Adjust your resource deployments as things develop.

Personally, you can’t be 100% on all the time. Know when you can give your best. Know when you need a break. Let others lead the way sometimes. All points are created equal. But some points are more equal than others. Focus on winning those and letting the others go.

View More
« Onboarding Into An Interim Role? Focus On Needs And Remits

Why Trying To Make A Good First Impression Is The Worst Thing You Can Do When Starting A New Job »
PrimeGenesis > New Leader's Playbook > Team > Strategy > Lessons From Federer v Djokovic: Not All Points Are Created Equal