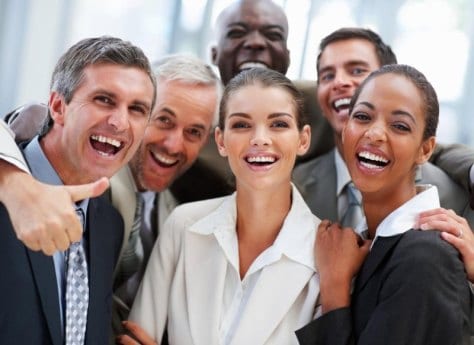 We few, we happy few, we band of brothers; For he today that sheds his blood with me shall be my brother. Shakespeare – Henry V, Act IV, Scene 3

Shed blood with them. In a sense, that’s what it takes to join a team that is already a band of brothers. But earning the right to shed blood with them is a non-trivial task. You have to show up, share their purpose, put the team ahead of yourself, build deep relationships, co-create in line with the unwritten rules on the way.

Start by understanding how they became a band of brothers. Just as Henry V and the English faced a superior French army at Agincourt on St. Crispin’s Day, when and where did your band of brothers face seemingly insurmountable odds? Was it running out of cash as a start up? The loss of a key customer? Facing down a competitive threat? New regulation? If they are a band, there was something or some things that brought them together. Find it.

Know that you can never be part of that past experience. But if you don’t honor it, you will never be accepted. Honor it by adopting their cause. Make their enemy your enemy. Fight to right the wrong they most care about. You have to prove your loyalty to the team and the cause before you can prove yourself. As one of my partners used to say, “No one cares how much you know until they know how much you care.”

Bringing a band of brothers together as a team requires:

These point the way for onboarding into the team:

Show up to join up. Be there physically. Be present. In your early days, be the first one to arrive and the last to leave. Never turn down an invitation to a meeting, lunch or social occasion.

Adopt their purpose. If you don’t believe in their cause, if you don’t see their enemy as your enemy, if the wrong they’re focused on doesn’t rock you to your core, don’t even bother showing up. They’ve shed blood in service to this cause. Unless you’re prepared to shed your blood, you’ll never be part of the band.

Put the team first. Look to Scott Walker’s Captain Class for examples of people that have done this. Some of their attributes include:

Invest to build personal relationships. You may keep your professional and personal lives separate. But you cannot successfully join a band of brothers unless you are all in. It’s an integrity issue. You have to be the same person at all times and earn their trust and the trust of those they trust.

Co-create and be ready to shed your blood for the team and its cause. Of Bryan Smith’s five ways to persuade, telling yields compliance at best, selling, testing or consulting invites contribution and co-creating generates commitment. The band you’re joining is already committed. Anything short of co-creating will be rejected.

If you do all that and have successfully converged into the team and been provisionally accepted, you may be permitted to shed your blood with them. When that happens, step up, step in and commit as an equal team member – no matter what your hierarchical position is.