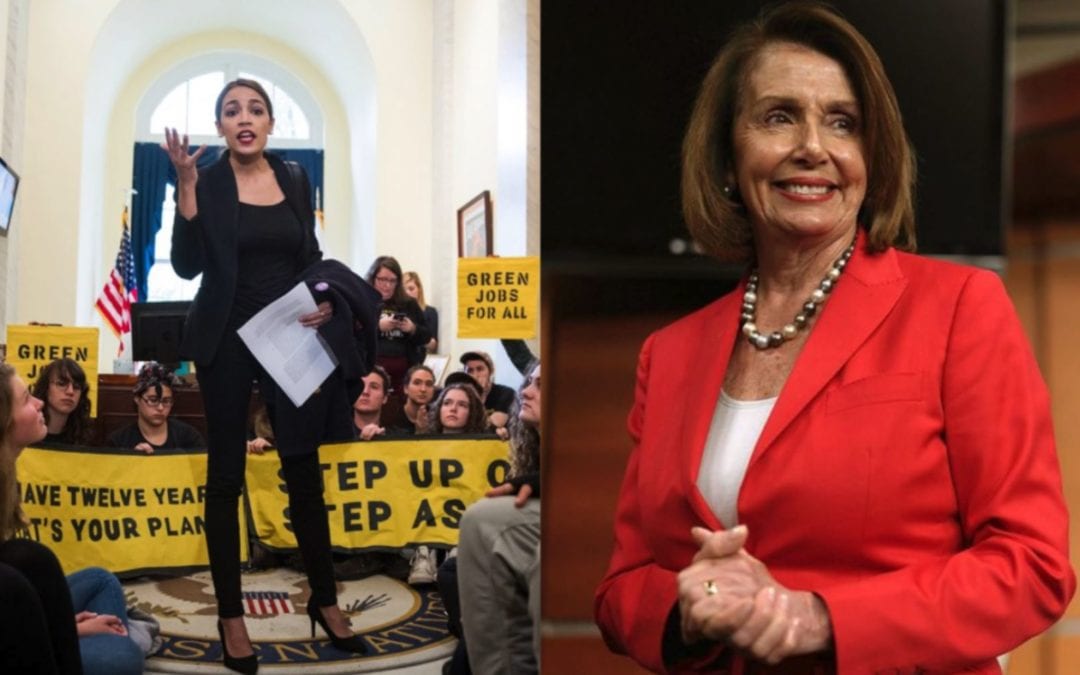 Nancy Pelosi and Alexandria Ocasio-Cortez (AOC) are approaching their new jobs dramatically differently – because they have different objectives. Speaker of the House is most likely Pelosi’s last, capstone leadership role. She cares about making an impact now and securing her legacy. AOC is the youngest woman ever to serve in Congress. For her, this will be one of the foundational building blocks of the impact she can make over time. Thus they are taking different approaches to onboarding.

As I’ve said throughout this series, executive onboarding is the key to accelerating success and reducing risk in a new job. People generally fail in new executive roles because of poor fit, poor delivery or poor adjustment to a change down the road. They accelerate success by 1) getting a head start, 2) managing the message, 3) setting direction and building the team and 4) sustaining momentum and delivering results. This plays out differently in capstone and early career roles.

In a capstone role, like Speaker of the House for Pelosi, the bulk of the risk is in delivery. Pelosi knows what to expect in general. Indeed, she’s actually done this role before. Fit is not an issue. She’s not worried about adjusting to changes down the road as she’s nearing the end of her road. For her it comes down to deliver or go home.

Pelosi is striving to be the adult in the room, reining in others she sees as more interested in diverting conversations away from their personal problems than in governing for the good of all the people. She knows what she stands for, won’t be bullied, and will try to bring people together to make a positive impact during her tenure.

T.S. Eliot said, “We shall not cease from exploration, and the end of all our exploring will be to arrive where we started and know the place for the first time.” Pelosi has done her exploring. She has tried different things, pushed the edges and is now focused on pulling the pieces together.

In an early career leadership role, like first term in Congress for AOC, the main risk is fit, but not necessarily fit in this particular role. AOC is much less concerned about fitting in with her current colleagues in Congress than she is about building on the base of her personal brand for the rest of her career. For the next 40+ years, people will look back at what she said and did here to predict what she will say and do later.

What AOC is doing is almost the exact opposite of what Pelosi is doing. AOC is all about exploring and pushing edges. She knows she’s not likely to get a 70% top tax rate, tuition-free colleges and trade schools, or a single-payer healthcare system instituted during this Congress. But she’s got time to pursue those and other objectives over the course of her career. Where Pelosi has to bring conversations to fruition now, AOC can start conversations for the future.

As an executive onboarding into a new role, pay attention to that role’s place in your career.

As an early career executive, your priorities should be building your personal brand for the future. Get clear on the causes you care most about. Be sure your words match your actions match your underlying beliefs. Work to ally with like-minded people so you can amplify each other’s messages going forward. Be like Alexandria Ocasio-Cortez and set up the impact you can make over time.

As later career executive, shift your priorities to things that will make an impact. To be clear, this is not restricted to things that make an impact immediately. You may do things that set others up for success down the road. The point is that you should be less concerned about setting yourself up to make a future impact. Be like Nancy Pelosi and secure your legacy now.

Which Is Not Like The Other? Andy Grove/Intel, Coca-Cola, or Theresa May/Brexit? »
PrimeGenesis > New Leader's Playbook > Head Start > Fuzzy Front End > Approach > Learnings From The Stark Difference In Nancy Pelosi And Alexandria Ocasio-Cortez’ Onboarding