How To Move From Win-Lose To Collaborative Leadership 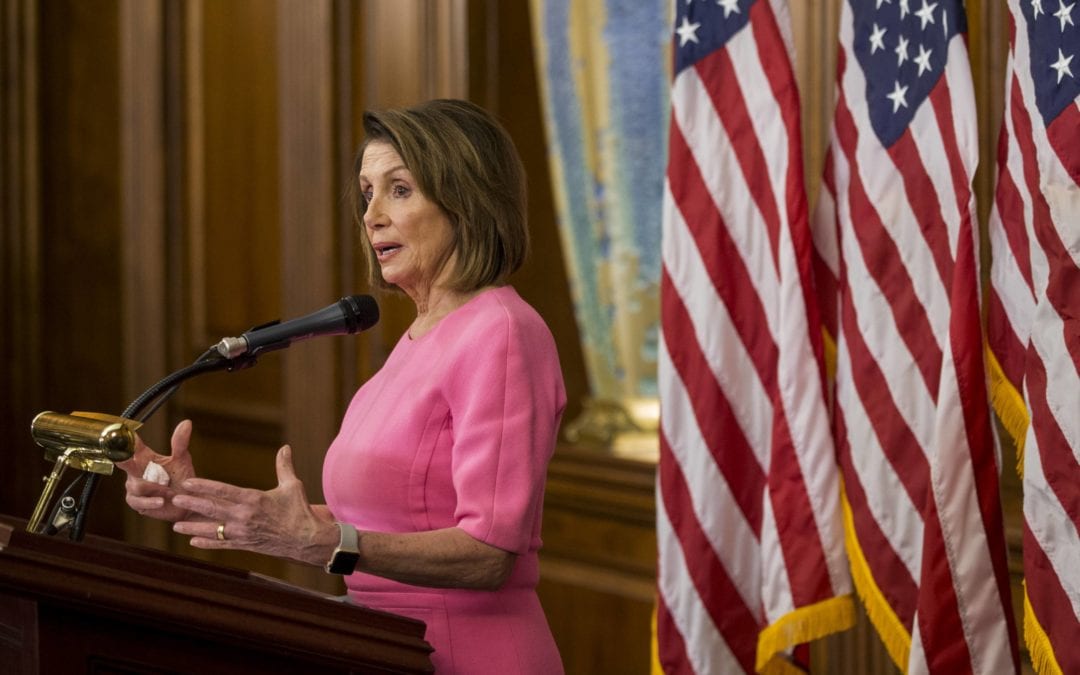 Trump caved on the wall. Pelosi won. What next? She can certainly push her advantage. Or she could seek ways to collaborate. Her choice probably depends on her objectives for her working relationship with Trump – which is most likely for that relationship to end.

If she wants to push her advantage, this is the time to drive the programs and inquiries she most cares about. Trump and his colleagues are on the back foot and can be weakened even further on the road to decimation by increased pressure now.

If, on the other hand, she wants to establish a more productive working relationship between the legislative and executive branches, this is the moment to do that. Instead of pushing her advantage to hurt Trump and his colleagues, she could de-escalate the conflict, put aside their personal differences and refocus both their efforts on doing the best they can for the people of the United States.

The most likely case is that she’ll push her advantage. But you may make different choices when it comes to your leadership and your colleagues.

Ask them what they see in the middle. They will likely answer, “George Washington,” or “A man,” or some variation on the theme.

Tell them they are wrong.

Tell them it’s the word “ONE.”

Tell them they are stupid.

Ask them what’s wrong with them.

Expect them to feel at least uncomfortable and probably a little angry.

Once you’ve stirred up their emotion, turn the bill around so they can see the side you’re looking at and explain that you’ve been looking at different sides of the same piece of paper.

People in our government are digging in on what they see, from their perspective, with their biases. Instead of asking others to explain what they see on the other side of the piece of paper or aisle, they resort to insulting each other.

Choosing Relationships Over Being Right

If it’s more important to prove you’re right, you’ll dig in. You’ll pull in the evidence. You’ll follow Cicero’s advice, “When you have no basis for an argument, abuse the plaintiff.” If you value being right more than you value the relationship, you may or may not win the argument, but you’ll certainly hurt the relationship.

If you value the relationship more, you’ll seek to understand others’ perspectives and look for common ground.

One British union negotiator in the 1970s started every session by getting the different parties to agree on something. Sometimes they could agree on what they were trying to accomplish. Sometimes it was a little more removed. But, even if he had to go all the way back to agreeing that everyone in the room had a mother, he wanted to start with an agreement and then build off of that.

The Road to Collaborative Leadership

Win-lose deals cannot last. People who see themselves as the losers in a relationship will either fight back to become winners or exit the relationship at some point to find another situation in which they can win.

This is why pushing your advantage after a win has to have a detrimental impact on your relationship and ability to work with the loser over time.

This is why the better approach is to follow a win by turning your attention to finding a way for the loser to win the next time. Note this doesn’t mean that you have to lose. Look for win-win opportunities.

That’s the key to collaborative leadership. The relationship has to be good for all over time. Pelosi likely won’t get there because she does not want to have a relationship with Trump over time. She wants him to go away.

When it comes to the people you work with (and live with,) you do need to build relationships over time. The only way that works is that if the relationships are good for all.