How Do You Deal With A Teammate’s Wrong Move? 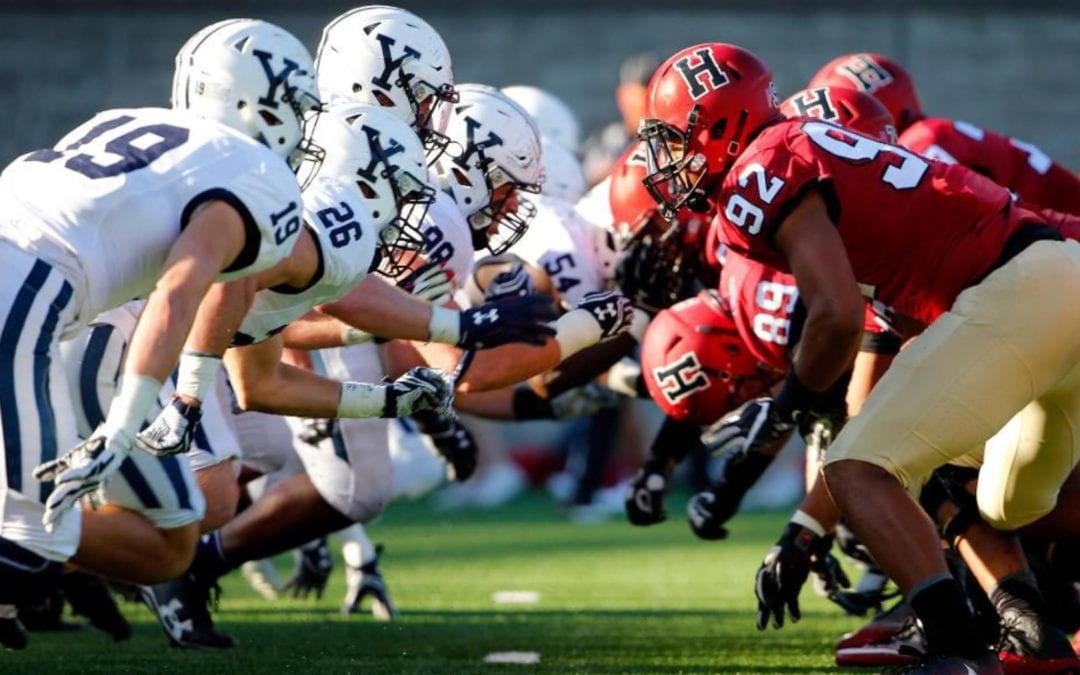 Multiple choice question: teammate does something wrong with a material cost to the team. Do you:

Harvard was ahead of Yale 28-27 deep into their annual football game. Harvard running back Devin Darrington was headed to the end zone for a touchdown. On the way, he wagged a finger at the closest Yale defender. The officials called him for unsportsmanlike conduct – taunting – negated the touchdown, and assessed a 15-yard penalty from the point of the infraction.

Some would have benched Darrington. Some would have (and some did) blame the officials for being overly sensitive. Harvard head coach Tim Murphy chose to call out the error and move on. As Murphy said after the game,

He’s a great kid. He’s going to be an outstanding football player … but he was wrong. He got overwhelmed by the moment and did something that wasn’t particularly classy — and that’s not what we do.

Darrington himself moved on to score two more touchdowns on the way to a 45-27 win for Harvard.

Every leader, manager, coach has faced this choice.

Some bench players, taking them out for a time or trading them to another team. The logic here is that if you allow people to do things that are “not what we do” or not who we are, you’re condoning it. Some argue that you define your values by what you’re willing to walk by. Others preach the need for negative consequences for bad behaviors.

Some delay, deny, and deflect, looking for others to blame. They defend their own choices and team members’ choices no matter what. These people believe in the power of the team and that the benefits of team solidarity outweigh almost everything else.

Some, like Harvard’s Tim Murphy, think it’s a false tradeoff. They think you can call out the error without destroying the individual or team and keep going.

Another question to ponder is whether you’d want Devin Darrington on your team.

If your answer is no, you’re swayed by Murphy’s point that “that’s not what we do.” If you allow someone to stay on the team who does things that are not what you do, you now do those things. Those that would not want Darrington on the team think values are bedrock. They won’t have people on the team that don’t follow the values.

Implications for your leadership

As we’ve discussed in other articles, your situational leadership should follow your strategy.

Ultimately, be clear on what type of leader is required and what type of leader you choose to be. Make sure your actions match your words match your fundamental beliefs. If you try to be something you are not, you’re going to get caught. It matters less whether you’d want a Devin Darrington on your team than whether you’d make the same choice every time. Lead so others can follow.

What It Takes To Beat The New Normal »
PrimeGenesis > New Leader's Playbook > Team > Operational Accountability > How Do You Deal With A Teammate’s Wrong Move?