Getting The Most Out Of Conventions And Large Gatherings 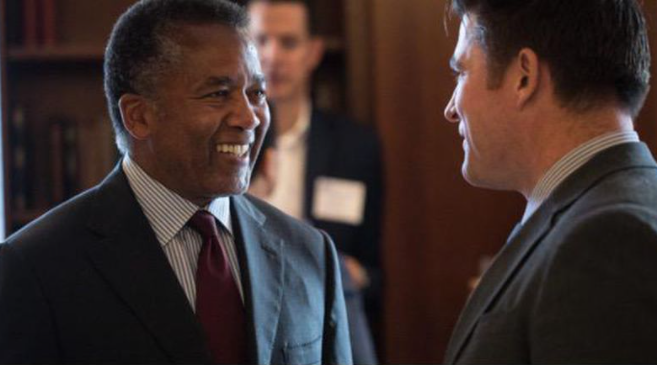 Conventions and large gatherings are daunting undertakings for anyone involved. The keys to getting the most out of any of these are to prepare in advance, fully engage, and follow through with clarity around what you can contribute and what you need. Given the number of conventions and large gatherings, we know many people get a lot out of them – others not so much. We know the difference:

We’re all selfish beings. Accept that. Accept also that each of us will fail entirely on our own. We need help from others. Thus it is in our own best interest to help others do better so they are better able to help us. It’s a virtuous cycle when it works.

Keep that in mind when you think about your engagement at conventions or large group gathering. It’s in your best interest to prepare in advance, engage, and follow through to contribute to others and realize the value in their contributions to you.

For example, 200-plus CEOs of companies doing between $100 million and $3 billion in revenue will gather at the Wharton School next week at the CEO Connection Mid-Market Convention. They will connect with each other and ideas, resources and opportunities to help them scale through points of inflection and come together to change the world.

In terms of scaling up through a point of inflection, that point of inflection most likely was created by either a change in companies’ situations or a change in their ambitions. To scale, they’ll need to jump-shift their strategies, organization, and operations all in sync and all at the same time. The best prepared convention attendees will think through where they need help strategically, organizationally or operationally, and then seek out sessions and individuals at the convention that can help them with that.

In terms of changing the world, CEO Connection has committees working on education, healthcare, social impact, innovation, emerging markets, talent management, women’s leadership and the like. The best prepared attendees will think through where their own interests and strengths lie and where they’d most like to contribute in one way or another.

Those who get the most out of the convention will engage from general sessions to breakouts to breaks to social gatherings. The real value will be in the individual and small-group connections and the two-way conversations they will have with others so they can contribute their perspective to others and benefit from the perspective others are sharing with them.

Finally, the most impact will be made by those who plan to follow through. They will commit themselves to specific actions, and then hold themselves and others accountable for doing what they say they’re going to do. They won’t treat the convention as a self-contained event. They will embrace it as one step in their overall journey, helping them get the most out of that journey.

Onboarding Process: Get Your New Employees Up to Speed Quickly »
PrimeGenesis > New Leader's Playbook > Others > Getting The Most Out Of Conventions And Large Gatherings