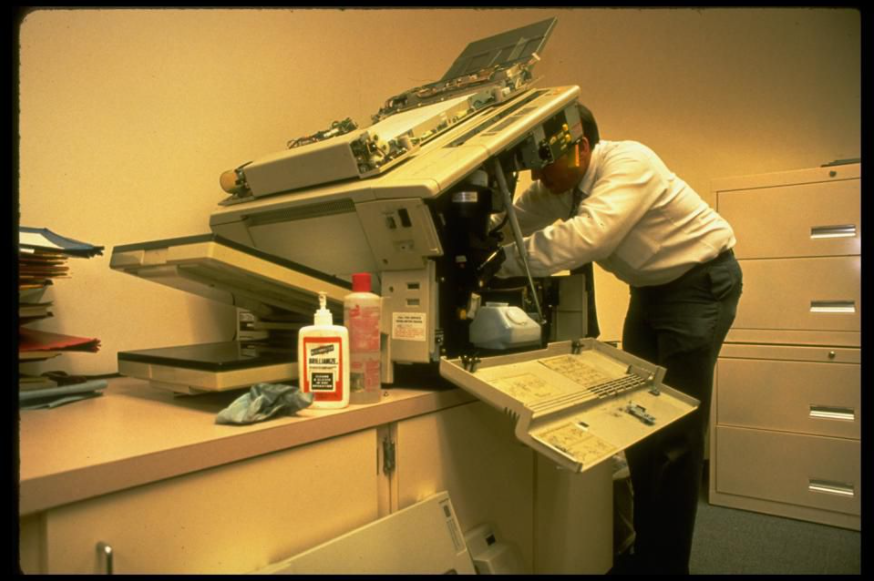 The demise of Xerox is Darwinian. Over the recent decades this American icon of industry has failed to adapt to changes in the world and inflicted a series of injuries on itself. It should not have been a surprise that the company would turn ever more inward-looking as it headed towards its inevitable demise. What is painful to watch is its loss of dignity on the way to its corporate death. The flip-flops in control over this week are not good and will leave everyone confused and angry, accelerating and deepening the pain. While the root cause was the inability to adjust, it’s time for stakeholders to stop fighting and regain their dignity.

It is an iconic story of the power of new to the world of innovation. Xerox’s invention and then subsequent introduction of the automated copy machine created a whole new industry. They were developers first and producers second, supporting both with strong sales and marketing.

It’s an iconic story of missed opportunities as well. Xerox people invented the graphic interface, mouse and the core technologies for desktop computing. But Xerox failed to introduce those into the market, essentially giving those technologies away to Steve Jobs and Bill Gates fueling a good part of Apple and Microsoft’s successes.

It’s an iconic story of loss of focus. Forgetting they were developers first, Xerox got seduced by the lure of “adjacent” industries like telecommunications, typewriters, publishing and insurance/financial services. To be fair, this was prompted by an antitrust ruling that forced them to license their core photocopying technology, ending their monopoly in the industry they created.

Now it looks like Xerox is going to become an iconic story of how not to end a run. The infighting and cross fighting between shareholders, partners and management is ugly at best and probably negligent to some degree. Stakeholders seem to be focused on their own best interests without any regard for anything resembling the greater good.

A wonderfully experienced, strong and caring nurse once told me that the worst ends of life she’s witnessed involved loss of dignity. Everyone dies. Some suddenly. Some with advanced warning. Some on their own terms. Some with far less control. She told me that most people end up reconciling themselves to the end eventually. The ones that lose control over core body functions suffer a loss of dignity. And that’s particularly painful for all at the end.

Xerox has lost control over its core body functions. It looks like John Visentin is not going to survive his Hot Landing. Those that care about Xerox can only hope the world remembers all the good it did through the decades and not its undignified demise.