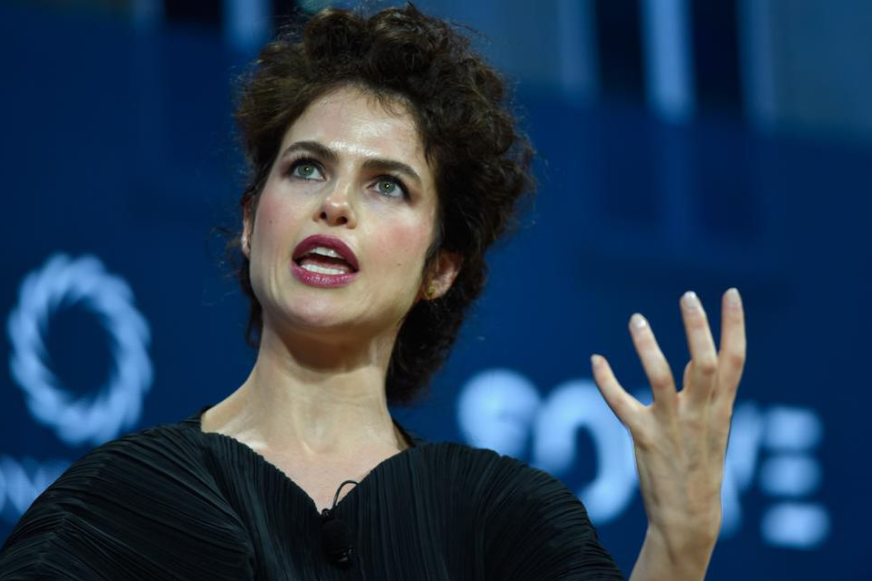 On the one hand, you want to inspire and enable people to come up with the most outlandish, wonderful new ideas. On the other hand, you need to move forward in a way that all can follow. Break the tradeoff with directed iteration around a double l’enfant. Innovation requires the mind of l’enfant (child). A great model for orderly progress was Pierre L’Enfant’s long-term vision for Washington, D.C. and how to get there in steps. Marry the two with directed iteration, continually building on your current best thinking on the way to your long-term vision.

Neri Oxman and the Mind of L’Enfant

Neri Oxman suggests the beginner’s mind is filled with innocence. “As a child you think you are shrinking when you see an airplane take off.” Oxman and her Mediated Matters group at the MIT Media Lab have moved beyond “bio mimicry” to actually designing with nature in pursuit of bio-inspired fabrication. When I met her at C2MTL a couple of years ago, she told me about their silk pavilion, actually created by 6,500 silk worms. She envisioned scaling this idea with a swarm of 3-D printers to expand beyond any one printer’s gantry as part of her search for “variations in kind” moving well beyond “better, faster, cheaper, bigger.”

She’s a big proponent of variations in kind – true innovations. She’s convinced these come from “being vulnerable,” not so much from solving a problem as from innocence and different world-views. It’s those different world-views that allow innovators to come up with new to the world solutions when problems do come.

The city of Washington, D.C. is relatively easy to navigate geographically. Lettered streets run east to west. Numbered streets run north to south. Avenues cut across in diagonals with large traffic circles, parks, malls and public buildings placed appropriately. Contrast that with London where taxi drivers have to study for two years to earn “the knowledge” to do their jobs or Tokyo where buildings in each one square mile zone are numbered in the order in which they were built and most streets do not have names. The difference is Pierre L’Enfant’s long-term vision and plan.

After Jefferson agreed to support Hamilton’s national finance plan in return for Hamilton’s support for moving the capital to the banks of the Potomac River, Jefferson worked with L’Enfant on a plan for the city. While Jefferson envisioned a relatively small grouping of government buildings, L’Enfant envisioned the people, organizations and businesses that would inevitably be attracted to the nation’s capital. He began with a long-term vision for what the District of Columbia could be and then figured out how to get there in steps.

A critical step in the Battersea Arts Center’s Scratch process is iteration. Their only objective is to come up with more interesting works of art. Given that, it doesn’t really matter which road they take.

Alice asked the Cheshire Cat, who was sitting in a tree, “What road do I take?”

The cat asked, “Where do you want to go?”

When it does matter, use your long-term vision to direct those innovative iterations, continually improving current best thinking as iterative steps along the way to that destination. This is as much an attitude as an approach. Creative ideas are fragile things. They don’t survive criticism well.