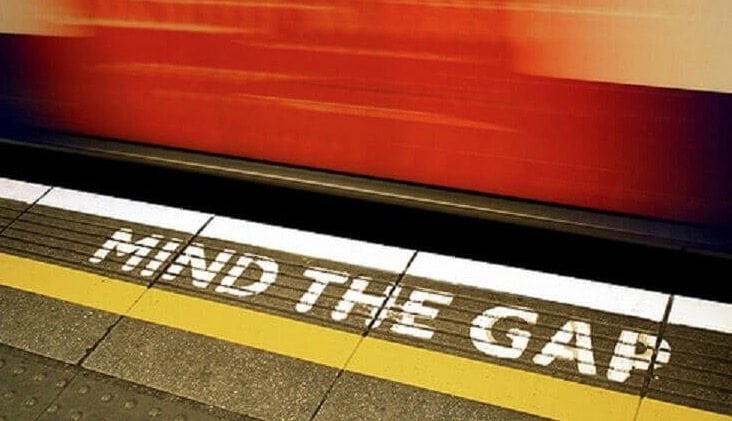 In Kirwin’s case, the priority was setting a new direction to deliver results. As a 10-year Gap veteran promoted from within and having been groomed for his role, he had no fit risk and no excuse for not getting a head start and managing his message. It turns out he was too comfortable with the organization to bridge the gap between their current reality and what was required for success and ultimately survival.

Corporate leadership had all the confidence in the world when they promoted Kirwan in November, 2014. As they said in their press release, Kirwan had “succeeded in roles of increasing responsibility at Gap and Old Navy, with an expertise in driving growth, retail operations, and brand development.” He had “experience across all aspects of the global business” and was “ready and eager for the challenges and the opportunities ahead” with the “creativity, tenacity, and exceptional leadership qualities necessary.”

It doesn’t seem that Kirwan did anything particularly wrong. He just didn’t do the most important things right. The pressure the Internet is putting on traditional retailers is relentless. Analysts like JP Research continually remind us that “brands without strong identity and position” falter. Kirwan applied his efforts to driving profit growth through operational excellence. But the Gap brand was “right in the middle” and “simply average on price and fashion.” Kirwan’s positioning strategy was to offer “even more choices that appeal to everyone.”

That strategy is doomed to failure in any industry and especially in the fashion industry. No matter how much money Gap poured into advertising a positioning like that, there was no way to make an impact. A gazillion years ago, 80% of Procter & Gamble’s heavy up media tests failed. It wasn’t because advertising didn’t work. It was because 80% of Procter & Gamble’s advertisements were not communicating a compelling message to consumers. “Average” is not compelling. Choices that “appeal to everyone” excite no one.

What Kirwan needed to do

Kirwan is not a bad manager. Gap did not fail to give him the training and experience he needed. Kirwan failed to set the right direction as part of his initial 100-day action plan.

His head start needed to include a complete re-look at the 5Cs of customers, collaborators, capabilities, competitors and conditions.

He then needed to take a stand to re-point the Gap brand in one direction or another and start communicating that that in his message through his start.

Most importantly, he needed to align his team around that new direction and drive the required changes to deliver results.

Any retailer trying to steer a steady course in today’s retail environment is going to get left behind by other retailers’ rapid changes.

What Kirwan’s permanent replacement needs to do

Whoever take’s Kirwan’s place will face the same issues Kirwan faced. Adopting the same approach Kirwan took is likely to produce similar unacceptable results. Instead, Kirwan’s replacement will need to converge into the organization and start evolving it extremely fast, perhaps even shocking it. They’ll need to get a strong start before their start, have a clear, powerful message of differentiation, set a different direction, build a new team with the capabilities required to move in that direction, and drive a real, enduring culture change for Gap to survive.

Without a real, meaningful change in direction, the Gap story is not going to have a happy ending and Jeff Kirwan will be just one of the bodies left in the wake of its demise because they failed to mind the gap.