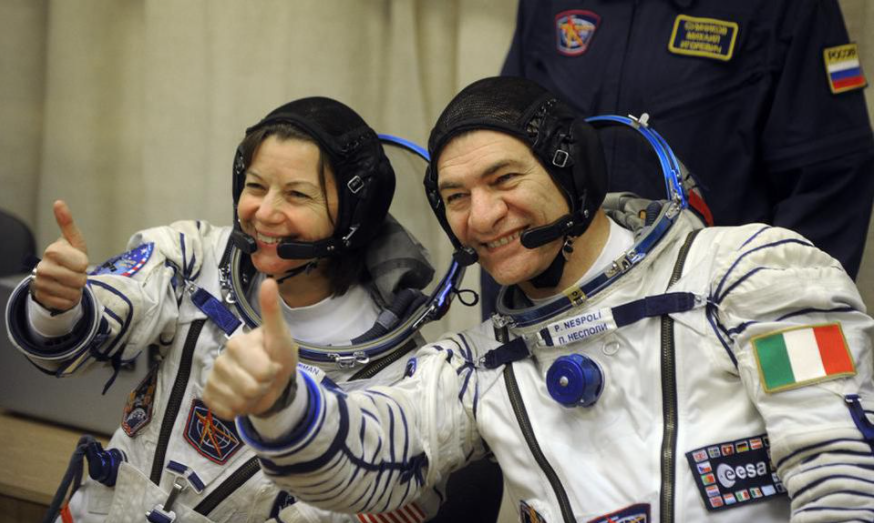 High performing teams do their absolute best together to realize a meaningful and rewarding shared purpose. When individuals are put together without their own choosing, they can accelerate joint progress by learning each other’s stories, rallying around shared purpose and building relationships by helping each other and being open to help.

Astronaut Cady Coleman spoke with me about how she and her crewmates did exactly this leading up to and on their six-month mission on the International Space Station. Most of our conversation took place in a car between 4:00 and 5:00 in the morning on our way down from HATCH which is the closest I’ll ever come to a descent from space.

Learn Each Others’ Stories

Cady was an astronaut for 24 years. She and the other NASA astronauts grew up together, trained together and knew each other well. But her 2010 crew was made up of Dmitri Kondratyev from Russia, Paolo Nespoli from Italy and her. Cady used their training time as back ups for another mission to get to know Dmitri and Paolo’s stories.

Dmitri was an ambitious career-focused professional who preferred to keep to himself and follow orders through the chain of command. When Cady learned that the three of them were going to be the primary crew for the following mission and told Dmitri. He told her “We get our news in an official way.” But Cady had also learned that she and “Dima” shared a deep love of family, and used that to see beyond his serious demeanor.

Paolo was more social. Paolo was married to a Russian woman, loved food, and was able to bridge the gap between Cady and Dmitri’s worlds

Rally Around The Mission

The one thing these three people from different backgrounds unquestioningly agreed on was that the mission was more important than any of their differences. While they each had their own areas of expertise and responsibilities, there were times when close collaboration was mission-critical. There could be no daylight or starlight between them during launch, docking, reentry or crisis situations.

As the most experienced crewmember, when Cady became concerned that their crisis preparation training wasn’t going well enough, she pushed to have the three of them do a short National Outdoor Leadership School (NOLS) program. Even though Dmitri had other commitments, he bowed to the mission’s needs

Build Relationships By Helping And Being Open To Help

Cady makes people feel better about themselves by helping and being open to help. At HATCH, Cady gave a talk about her journey. One of her cabinmates, Katy Yam, helped her prepare. In addition to her ground-breaking work with artificial intelligence at Element AI, Katy produces and curates TEDxMontreal.

Cady described Katy’s coaching as “a magical couple of hours…gave me new ways of thinking…meant the world to me.” For her part, Katy cited helping Cady as one of the highlights of her HATCH experience. She told us “I just coached an astronaut! I was happy that my comments could help her better connect with the HATCH community.”

Learn your teammates’ stories. Understand their personal histories. Appreciate their strengths. And respect how they feel about different things.

Anchor everything in a shared purpose. Make sure everyone agrees on the mission, vision and values.

Help each other and be open to help. This is essential in building relationships in general and in doing your absolute best together at points of inflection like the onboarding of a new team member, the launch of a major initiative or moments of crisis.