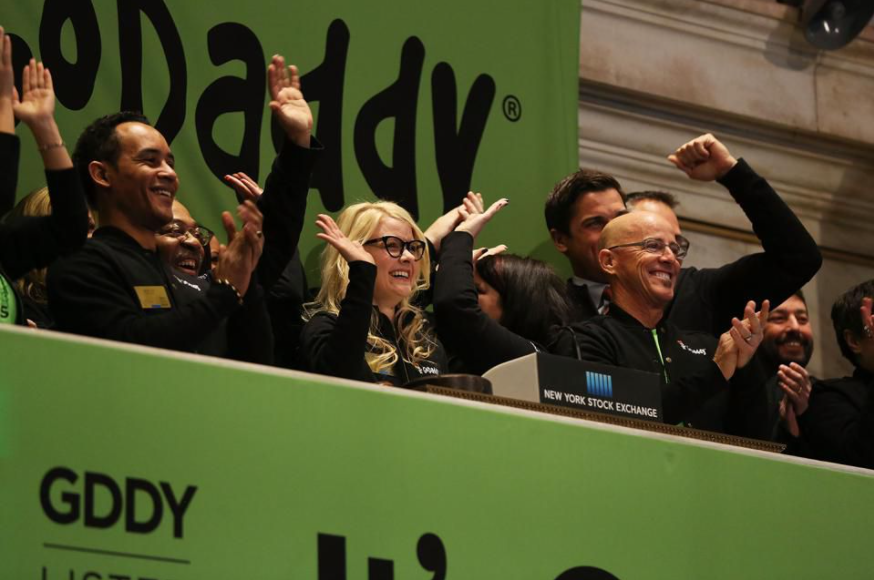 Uber’s new CEO, Dara Khosrowshahi, would not go far wrong taking a page out of Blake Irving’s playbook at GoDaddy. Like Khosrowshahi at Uber, Irving took over a company with a serious “bad boy” image. Five years later Irving is retiring from a thriving, well-respected, profitable, growing public company. He changed GoDaddy’s perception, focus, and ways of working. Khosrowshahi should do the same. Who knows? Maybe he too could be recognized by the CEO Connection as Mid-Market CEO of the year.

When Irving arrived at GoDaddy five years ago, the company was best known for TV ads that some TV stations decided were too sexist to air. Irving focused on talking about “who we are, who our customers are, and what we do for them.” Instead of fighting the misconceptions, he drowned them out with good news. It made a huge difference in how the company was perceived.

Khrosrowshahi needs to fix the reality at Uber, leveraging policies and guidelines to change the culture.

Be clear on what matters and why

GoDaddy had been known as a domains business, which it was. What Irving saw was that registering a domain was an early step for a rising business. As he put it, “GoDaddy was in a unique position in capturing ideas at their earliest point.” He pushed the company to make it “incredibly easy for folks to take the next steps in turning those ideas into reality”. They lowered barriers to business formation, “in some sense democratizing entrepreneurialism.”

Interestingly, two of the other winners of the CEO Connection’s annual awards are people “democratizing entrepreneurialism” in one way or another. The 2017 Mid-Market Young Leader, Luvleen Sidhu, founded BankMobile, “aimed at helping underbanked millenials and middle-income Americans have an affordable, effortless and financially empowering banking experience.” The Mid-Market Social Impact award winner, Raj Mamodia’s Brillio devotes a meaningful portion of its resources to teaching disruptive technologies to underprivileged children.

The fourth winner, Mid-Market Company of the Year, Key Safety Systems, plays at the other end of the spectrum, proving safety-critical components to the automotive market. They may be the exception that proves the rule that start-ups are our future. To be fair, the mid-market is where innovation meets scale, so rapidly growing companies abound.

Jump-shift to the independent nature of work

Irving thinks “independent work will be the future of work itself.” He suggests that “enterprises will keep getting bigger, but with fewer and fewer people” because of increased automation. Thus we’re heading towards “mass unemployment” or “mass self-employment”.

The implication of this is that competing with an army of mass self-employed will require giving your actual employees the same motivation to engage with the business that the self-employed have. Drown your people in policies, systems and processes and you will drown your business. Give them the freedom to think and act like owners and your story can have a happy ending.

The lessons are applicable at Uber and your enterprise.

Perception is reality. Make sure your people’s actions match their words which, in turn, match their fundamental beliefs and the positive culture of your organization. If the culture is toxic, shame on you. Fix it now.

Be clear on what matters and why. Values are foundational to a BRAVE culture. If you can’t get these set, nothing else will work. Invest time and energy here.

Jump-shift to the independent nature of work. This goes to empowerment and the use of policies, guidelines and mindsets. Give people tight controls and you can’t expect more than compliance. Give them guidelines and you give them the freedom to contribute. If you want people committed to the cause, you have to lead with frameworks and mindsets. Your people will surprise you with how far they will go.