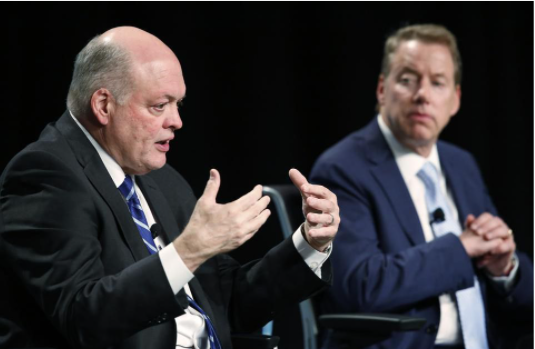 New Ford CEO Jim Hackett is doing a lot more right than wrong. Having a 100-Day Action Plan to guide executive onboarding is Job #1. He’s got one and it makes a lot of sense. The one build is for him to remember that his first 100-days are like the first sprint in a marathon. What he gets done in his first 100-days is far more important for the future it sets up than for the immediate results.

The insights Hackett shared with me about how environment impacts culture are as relevant today as they were then. The insights he, Procter & Gamble’s A.G. Lafley, Ideo’s Tim Brown and Hewlett-Packard’s Meg Whitman got to together about when to deploy evolution, revolutionary or blended innovation still drive much of Hackett’s own design thinking.

It’s hard not to be impressed by much of what Hackett told the Detroit Free Press’s Brent Snavely last week. He explained that “Every CEO that starts has a 100-day clock ticking. … So I am working on a 100-day plan that is really coming along nicely”. In particular Hackett’s 100-day action plan is focused on four goals:

• Evaluate the “fitness of the company”: designing out redundancy and overlap.

• Re-evaluate capital deployment: to ensure an acceptable return on its investments.

Ford’s two-step onboarding of Hackett is a great way to set him up for success. MasterCard did something similar when it brought in Ajay Banga. They gave Ajay nine months to listen and learn as COO before he assumed the CEO role. Hackett had a year heading up Ford Mobility before being named CEO. Even though the transition wasn’t as transparent as MasterCard’s it gave Hackett a chance to get to know the Ford culture and Bill Ford before grabbing the wheel.

Key things Hackett and Ford are doing right that you should emulate in your own executive onboarding:

• Get a head start. The time in the company, but not in the role is extremely valuable for the opportunity to start forging relationships and learn about the culture. Hackett could not be doing what he’s doing in his first 100-Days without this. A huge part of his head start is walking in with a 100-day action plan.

• Manage the message. Hackett is doing a great job of controlling the dialogue and driving his narrative instead of others.

• Set direction and build the team. Hackett has made significant early personnel moves to flatten the organization.

• Follow through, evolve and deliver. Jury’s still out here. But it’s a safe bet he will do this.

There are, of course, some things Hackett could have done and can still do better.

• Get a head start. His head start might have been better if he had been able to spend even more time building critical relationships. The fuzzy front end between accepting and starting a job is magic time to do just this.

• Set direction and build the team. The critical deliverables for the first 100-days are jump-starting strategic, operating and organizational processes. It’s clear that Hackett has made practical moves in each of these areas. It’s not yet clear that he’s doing everything he can to pursue the underlying cultural changes. In the end, culture is the only sustainable competitive advantage.

• Follow through, evolve and deliver. The core job of a CEO is to own the vision and values and drive the culture. At Ford, Bill Ford, owns the vision and values. While it does seem that Hackett is aligned with them, he needs to champion them everyday in everything he does and says. Only by driving these, can he optimize his impact across this huge organization.

The bet is that Hackett will succeed. He’s got the strengths. He’s got the temperament. He’s got a strong 100-Day Action Plan. Expect him and Ford to be successful over time.