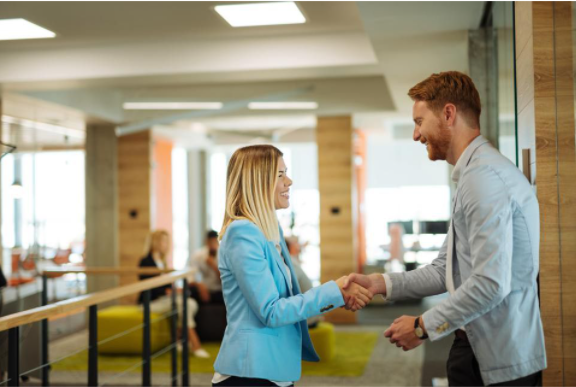 The No. 1 reason people fail in new jobs is poor fit. And the critical fit is between employee and boss. So shame on you if you take fit with your new boss for granted when onboarding into a new role. Instead, do a real due diligence on your new boss before accepting a job offer, invest in jumpstarting your relationship before actually starting and read all the signs and signals your boss sends you along the way – especially how he or she reacts to your 100-day onboarding plan.

The people hiring you did their due diligence before offering you a job. It’s the intelligent and reasonable thing to do.

You should do the same before accepting. It’s the intelligent and reasonable thing to do. Use the tool and links in my earlier article on “A Tool to Assess Onboarding Risk Before Accepting a New Job.” Then, dig a little deeper into your new boss.

You probably did some public domain research on your potential new boss before you interviewed with him or her. That would have helped you connect in the interview. Now that you’ve actually been offered a job you can go further. The questions you can ask people now that you’re in “buy” mode are different than what you should ask while interviewing in “sell” mode.

• Talk to your new peers about what it’s like to work for your new boss, accepting their constraints about talking about their current boss.

• Talk to the people that will work for you about your new boss. They have a strong bias to tell you the truth before you start.

• Talk to people that used to work for your new boss. Expect some to be honest.

If you meet with only one person live, face-to-face in the fuzzy front end between accepting and starting a new job, make it your new boss. This is your critical work relationship. Words account for about 10% of communication, tone for another 35% and body language the remaining 55%. You need to be in the same space, breathing the same air to build a relationship.

Go through normal onboarding questions around learning, expectations and implementation. Pay particular attention to how your boss likes to be communicated with in terms of mode, manner, frequency and disagreement.

• Mode as in type of communication: email, text, voice mail, chat, apps, in person and so on.

• Manner as in style of communication: more formal and disciplined or less.

• Frequency as in how often people prefer to be communicated with: daily, weekly, only when the project is completed and so on.

• Disagreement preferences ranging from not at all to one-on-one to in small groups to public but polite to bare knuckle brutal honesty. (Ask. But don’t believe until you see what happens to others that disagree with your new boss. In general, people over-estimate their appetitive for disagreement by at least one level.)

Read The Signs And Signals

Your new boss’s reaction to your proposed 100-day plan will give you an important read on how he or she is going to be as a boss.

• If she tells you not to worry about your first 100-days because she and the organization have it all set, that’s a good sign that she may be relatively controlling.

• If he doesn’t respond to or accepts your plan as is, that’s a sign he may be abrogating responsibility.

• If she is supportive and contributes to making your plan even better, that a sign you’ve got a partner.

Look for other signs and signals like how fast your boss responds to your communication, whether he schedules calls with you on his own or through an assistant, the way you work through issues and differences.

In any executive onboarding situation there’s a lot to learn in a short period of time. The faster you can get a read on your new boss, the more confidence you’ll have turning your attention to other issues and opportunities.