CARE To Make The Best Of Negative Feedback 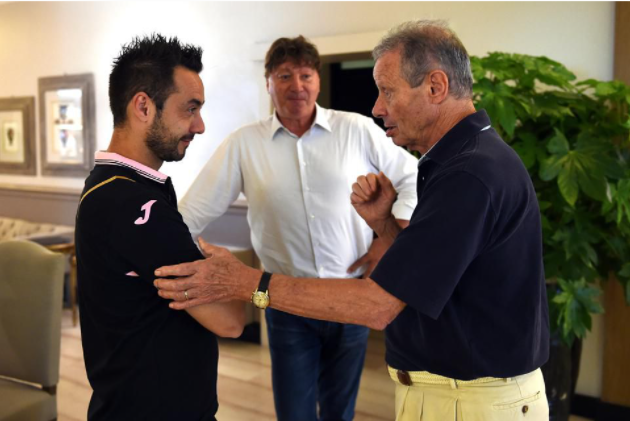 Consider the situation and the motivation and credibility of those giving you feedback.

Assess what they really are trying to tell you, its implications and your approach before you

React to encourage, ignore or shut down the feedback. Then take steps to

Evolve your attitude, relationships and behaviors.

When you get feedback, start by stopping to consider the immediate situation and the appropriate urgency of your response. Obviously, the way you react to “You’ve got the wrong envelope!” needs to be different than how you react to “Something to consider for next year…” But there are lots of shades in between.

At the same time, consider the motivation and credibility of those giving you feedback. Are they trying to help you or themselves? Is their feedback based on facts, observation or just their opinion, expert or otherwise?

Vennage’s Ryan McCready sent me a link to this infographic “57 Experts On How to Handle Negative Feedback.” I’ve pulled some relevant quotes from it.

Consider the source–if it is a trusted relationship then I am inclined to follow it more closely; if it is a casual relationship where someone is stating an opinion or just pontificating, it is less interesting.- Dan Tyre, HubSpot

There are situations like onboarding into a new role in which early feedback can prompt rapid and helpful course corrections. Other times, feedback can be an unhelpful distraction.

Apply the what, so what and now what framework to assessing feedback.

What are those providing feedback actually saying and trying to get you to understand?

Now what are you going to do? Think through your objective, approach to achieving that objective and plan both in terms of immediate reaction and longer-term evolution.

Dig into what that feedback is actually saying and what can we turn that negative feedback into. The feedback is the feedback but what you do with that is what will determine if the outcome is negative or positive. – Christopher Penn, Shift Communication

Most of the time you’ll want to encourage feedback. When subordinates summoned up the courage to give me feedback, I tried to react in ways that made them glad they took the chance and want to do it again. Truth is invaluable – especially when it hurts.

Other times feedback is poorly timed and distracting. That needs to be managed differently and perhaps cut off.

When I get negative feedback, I haul out the big guns and blast the bastard out of the water. Like a comedian to a heckler – it’s kill or be killed. Flame the loser to Kingdom Come or everyone will think they can take a pop. – Velocity’s Doug Kessler (who claims he was ‘just kidding”.)

The real value is in changes you make to attitudes, relationships and behaviors. There are two parties to feedback – the giver and the receiver. Both are changed by the feedback. Whichever side of the conversation you’re on, get clear on what matters and why, what you want to change – if anything – and how you’re going to make that work. Don’t tolerate small wrongs in others, or in yourself.

You get the behavior you tolerate. If there’s a comment that seems small and you don’t think it deserves feedback, that moment will happen over and over again. When giving feedback, you have to name the behavior you’re not ok with. – One Tribe Creative’s Emily Amedee

CAREing to make the best of both negative and positive feedback requires flipping the golden rule to let others do unto you as you would do unto them.