How To Leverage Consequences To Bridge From Principles To Practices

The reason agreement in principle does not translate to agreement in practice is that the former has no consequences. A contract is not a contract until performance and compensation are agreed. No one is actually going to do anything until their perceived balance of consequences reach a critical mass in favor of doing the thing.

Show me how people are paid and I’ll tell you what they do. If you want people to focus on short-term results, pay them based on those short-term results with things like spot bonuses. If you want them to focus on creating long-term asset value, give them a share of that long-term value creation. If you really want them to worry about customer satisfaction, link a portion of their compensation to their customer satisfaction results. If you them to work like a team, pay them for their results as a team.

No one at GE believed Jack Welch’s commitment to cultural fit until he started firing strong performers who did not fit. Consequences are positive or negative. 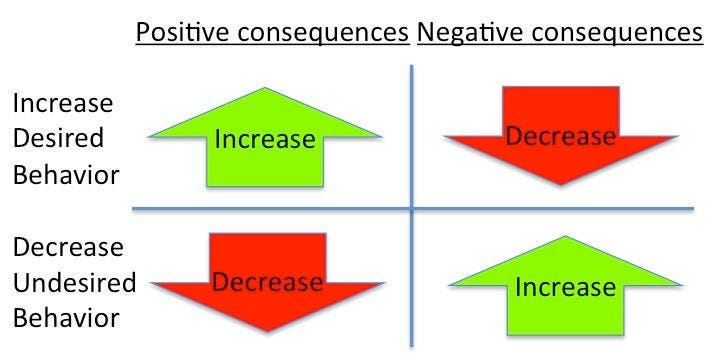 This is closely linked to the ABC’s of management (thank you, Michael Brown):

1. Invite someone to shake your hand

Then do it again.

If instead of saying “Thank you” after they shook your hand the first time, you had punched them in the face, they will be less eager to shake your hand the second time. (Assuming they perceived the punch in the face as a negative consequence.)

Stop punching people in the face for doing what you want them to do.

Don’t laugh. We’ve all done it and we’ve all had it done to us.

One of my colleagues took the initiative to propose a new way of doing things. I was there when his boss came by his desk and probed whether or not anyone had asked him to write that proposal. They had not. His boss then threw the proposal into my colleague’s trash bin in front of him.

One boss told the first three people to speak up in a brainstorming session why he thought their ideas wouldn’t work.

I’m not creative enough to make these things up. Each of you has similar stores of balance of consequences turned upside down. Get these right and good things will follow.