Why Organizations Get The Employee Engagement They Deserve

The prompts range across happiness, drivers and communication.

Every time we were beginning to form up into teams, we would be reorganized. I was to learn later in life that we tend to meet new situations by reorganizing…and a wonderful method it can be for creating the illusion of progress while producing confusion, inefficiency, and demoralization. – Petronius Arbiter, d. A.D. 65 – Roman governor and advisor (arbiter) to Nero

What’s most terrifying about this quote is that this is not a new problem. We’ve all seen leaders rip the heart out of organizations, close stores, eliminate projects, lay off people, put dramatically more pressure on the survivors. They change their messages continually, sometimes looking like the strategy of the month club. Then they are amazed when those left standing start disengaging.

Sometimes compliance is what you need.

U.S. Army colonel Randy Chase visited the store on a navy ship at sea to buy a tube of toothpaste. He went to the end of the queue of people waiting to get into the store and said “good morning” to the man in front of him who took one look at him and ran away.

Colonel Chase had done two things wrong. (1) At that time, officers didn’t talk to enlisted men on ships except to convey orders and (2) officers didn’t wait in lines. Where the army pushes decisions down and out in line with commander’s intent so people can react to changing situations in ground warfare, the navy has a strong culture of command and control to minimize the chances of devastating onboard mistakes. The army wants contribution. The navy needs compliance and has built a culture to get it. 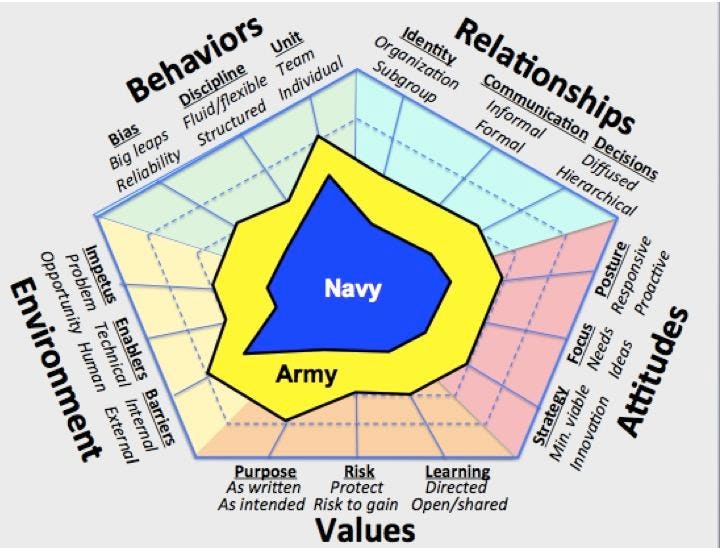 The army promotes a culture that prompts contributions. Communication is a critical part of this. Bryan Smith laid out five methods of persuasion in The Fifth Discipline Field book:

If you tell someone to do something, the best you can hope for is compliance. The good news is that all you will need is indirect communication to make them aware – things like emails or corporate announcements. Just keep your message clear and consistent.

Prompting contributions requires selling, testing or consulting to help people understand what is needed. This requires direct communication so people can ask questions along the way to get at why you want something done.

While you probably can force compliance over the short term and certainly can encourage contribution, prompting commitment is inevitably an exercise in unlocking a passion that’s already there.

As Jim Whitehurst learned in his own onboarding as CEO of Red Hat, in an organization with high levels of employee engagement it’s more about sparking conversations and getting out of the way. Hyper-committed people aren’t going to follow your direction. They’re going to do whatever it takes to drive the organization’s purpose. 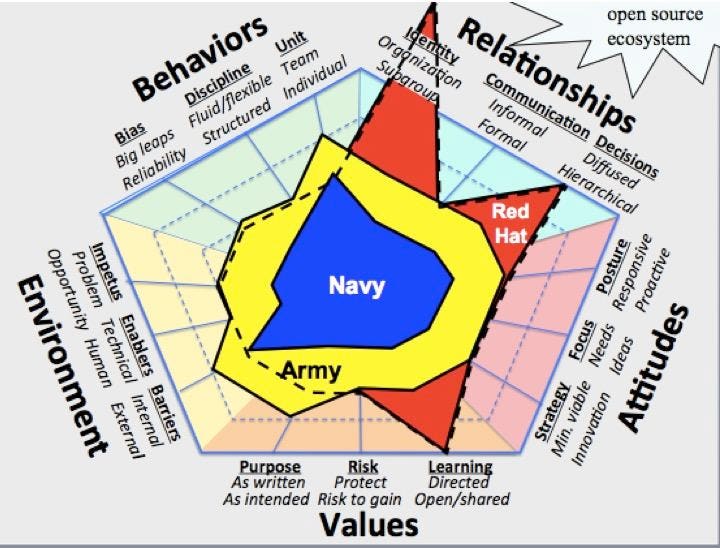 Doing good for me and doing things I’m good at matters to everyone to some degree. On top of those, hyper-committed people care a lot about the doing good for others part of their purpose. They have to believe in the cause. That’s why your communication with them has to connect with them at an emotional level to change feelings.

It’s why live performances have so much more impact than any note or video ever can. Magic happens when both communicating parties connect. Just as audiences get the performance they deserve, organizations get the employee engagement they deserve. If you want magic, deserve it.

View More
« Recruit in a Way That Reinforces Your Messages