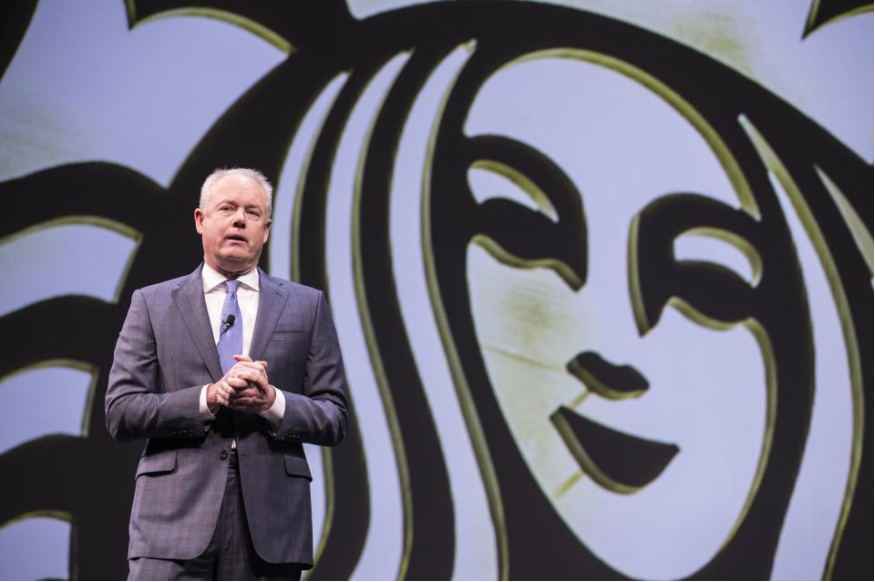 Following a rock star is always challenging. As Kevin Johnson onboards into Howard Schultz’s shoes as CEO of Starbucks he must avoid the harpoon misfires Nardelli, Scully and McDonald made at Home Depot, Apple and Procter & Gamble of not respecting the previous CEO, changing too much or not changing enough fast enough. He needs to manage carefully how he converges into the job and then evolves the organization.

Robert Nardelli doubled sales and profits as CEO of Home Depot and got fired. True, the stock price had declined. But what undid him was a failure to respect founders Bernard Marcus and Arthur Blank and the culture.

Contrast that with Meg Whitman who took over eBay from Pierre Omidyar. At every step of the way growing revenues from $4 million to $8 billion under her watch she credited Omidyar. When asked about her success, she repeatedly lead with “First, Pierre had a really good idea.”

John Scully nearly destroyed Apple by changing almost everything Steve Jobs had built from the passion for design and the willingness to jump way out ahead of consumers to the fundamental culture of the company. Apple never fully recovered until Jobs’ return.

Contrast that with how Steve Ballmer built on what Bill Gates had created at Microsoft, keeping the things that had made the company what it was.

On the other hand Bob McDonald didn’t change enough fast enough when he took over as Procter & Gamble CEO from A.G. Lafley. He was a 30-year veteran who had helped build P&G to what it was and went from being part of the fabric to being part of the problem.

Contrast that with the two-step combination of David Glass and Lee Scott who took over a large, profitable and growing regional retailer from some guy named Sam Walton and took it national and then international.

Johnson, like most leaders following a rock star should think in terms of standing on the shoulders of giants and 1) honor his predecessor, 2) keep what’s working and 3) build on that strong base to move forward.

Schultz and Johnson may have taken a page out of Ajay Banga’s transition into CEO of MasterCard with a similarly phased transition. Johnson progressed from board member to President and COO last year. He was just named as Schultz’ successor with a start date in April. Schultz will move from CEO to Executive Chairman in part to smooth the transition.

Johnson has the rare executive onboarding gift of time to think through and implement a full new leader’s 100-day action plan. Shame on him if he squanders the opportunity and steps on any of the obvious landmines. He should get a head start, manage his message and then build his new team.

He’s already getting a head start with his phased transition. He’s been converging into the organization and team for years. Between now and Day One in April he needs to flesh out his plan, complete his preparations and invest in strengthening relationships with his board, allies and team.

Everything communicates. People will read things into everything Johnson and Schultz say and do, and everything they don’t say and don’t do. So far, both seem to be right on message. But they can’t blink at any step of the way.

Building the team components include setting direction, strengthening the culture, sustaining momentum and delivering results. The only thing Johnson can do on his own is fail. His success is inextricably linked to the success of the team as a whole – including Schultz who needs to manage carefully the new division of responsibilities between CEO and Chairman.

By the end of his first 100-days, Johnson needs to have new strategic, operating and organizational processes in place to stand on the shoulders of the giants that preceded him and take the organization to new heights.