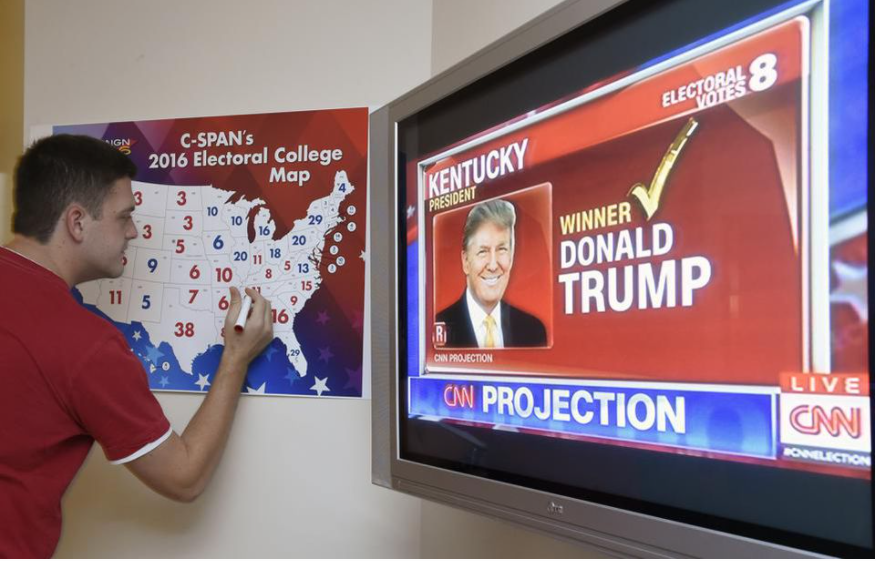 With the Electoral College in place, trying to win over every U.S. voter is a losing strategy in almost all cases. Since the ratio of voters to electors varies by state, some voters are more valuable, giving those that invest more in those voters an advantage. Couple that with differential voter biases and out jumps the need for differential investment across lost, safe and battleground states.

Lost States. Most states allocate their electors on a winner-take-all basis. If you lose a state, it doesn’t matter by how much. This suggests pulling all your resources out of states you are not going to win. Any time or money you spend there is wasted.

Safe States. The same is true in reverse in safe states. If you’re going to win a state, it still doesn’t matter by how much. What is different versus lost states is that people living in your safe states are going to feel more positive about you and your prospects than will people living in your lost states. Thus, you should invest sufficient resources in your safe states to keep them safe and to motivate your safe voters to help convince voters in other states to vote for you.

Battleground States. In these states, every vote counts. For example, no Republican has ever won the Electoral College without winning Ohio. These are the states in which to concentrate your resources.

Application To Your Organization

These guidelines hold for investments in people and customers in your organization.

Your people are either lost, safe or worth battling for.

Lost people. Everybody matters. But not everybody matters to your organization. Some people are never going to make meaningful contributions. Stop trying to fix them. Stop investing in them. Let them go somewhere else where they will matter, do well and be happy.

Safe people are productive and happy – at least for the moment. Keep investing in them to keep them growing and happy.

Battleground people were once safe but are now less productive or less happy. Shame on you for not investing enough in them when they were productive and happy. Fix that now, before you’re in a situation where you have to counter another job offer – which will likely fail.

Your customers are either lost, safe or battlegrounds.

Lost customers fall into two camps: customers who no longer value your offerings enough to warrant continuing relationships and customers who are not worth serving. The first will fire you if they have not already done so. The second you should fire – now.

Safe customers have value equations that work both ways. These are worth investing in to keep ahead of the curve, continually improving the value you create for them and your mutually beneficial relationships.

Battleground customers require careful thought. If you’re battling with the customer, give up. You can’t win. If you’re battling with a competitor, drive towards a winning value equation. But remember that competing on price generally leads to a race to the bottom, which no one wins. Instead, find a way to create new, better value for your battleground customers so they win and you win.

Just as presidential candidates need to allocate resources differentially to win the Electoral College no matter the popular vote, you need to invest in the people and customers that create the most value for your enterprise and cut loose the people and customers that are holding you back – no matter how unpopular those choices seem over the short term.