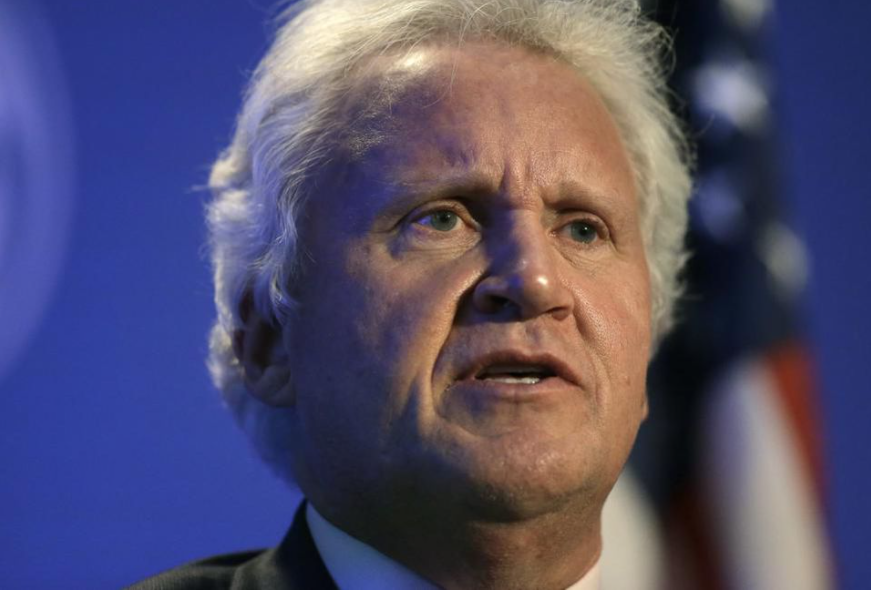 As legendary UCLA basketball coach Jack Wooden said, “Things turn out best for those who make the best of how things turn out.” General Electric CEO Jeff Immelt and his leadership team hope that applies to them. After years of profits from financial services the regulatory change has compelled them to reinvent themselves as an industrial software company.

The growth of GE Capital was one of the major contributors to GE’s stock rising from $1.32 to $59 per share between 1981 and 2001 with Jack Welch as CEO. After the financial crisis when GE got labeled as a “Systemically important financial institution” (SIFI) with the accompanying new compliance rules, the stock dropped to just over $7 per share in January of 2009.

As I wrote earlier, “The fundamental problem has been that the world has changed faster than GE has been able to change. Perhaps GE needed a leader who was more of a change agent. Perhaps GE is too big to succeed and Immelt is right to spit it apart. Perhaps shareholders will benefit from his moves over the next few decades. They’ve certainly lost value over his tenure so far.”

That change in the world and lost value had already forced CEO Jeff Immelt and team to take a hard look at their situation. The question was how major or minor was the change they were looking at and how enduring was the impact. They decided that the compliance rules were a major change with an enduring impact and, therefore, they needed to restart their business.

Since that point, GE has shed its financial services business as well as several other businesses including NBC and appliances that they decided did not fit their future profile. Instead they’ve invested in innovation in areas like renewable energy, aerospace, oil and gas, and healthcare. And software. They’ve created Predix a cloud-based operating system they use for themselves and market as a software platform increasing the productivity of industrial organizations.

As Immelt said at the 2015 Minds and Machines conference in San Francisco,

“The opportunity for industrial companies is to grab this next age of productivity.”

It seems to be working. The company is re-focused and moving forward. From its low of about $7 per share, the stock is at about $30. Not back to its peak, but heading in the right direction in line with Immelt’s long view.

Make The Best Of How Things Turn Out

Learn from GE and do six things:

3. Understand the nature of the change: temporary vs permanent, major vs minor

4. Understand the implications of the change on your current reality

5. Re-look at your purpose, destination, objectives

6. Find a new way to bridge the new gap

For GE, seeing the change wasn’t that hard. The regulatory change and drop in stock price were blows in the head, not quiet voices straining to be heard or almost imperceptible movements struggling to be seen. Make sure you hear and see those.

Accepting the change was harder for GE. It took them awhile to realize it was real. Make sure you accept the change.

Understand The Nature Of The Change: Temporary Vs. Permanent, Major Vs. Minor

You can’t react to every change the same way. Figure what you’re dealing with.

Understand The Implications Of The Change On Your Current Reality

Then, dig in to understand the implications of the change on your business. Ignore some. Make minor modifications for others. Manage through crises or opportunities. Reserve the re-start button for those few things with enough impact to warrant the effort.

Re-Look At Your Purpose, Destination And Objectives

Even if you’re not going to change your purpose, destination or objectives, use moments of change to reconfirm them.

Find A New Way To Bridge The New Gap

GE chose a fundamental repositioning and reorganization of their business. Make sure you consider all your options before choosing the right way for you.