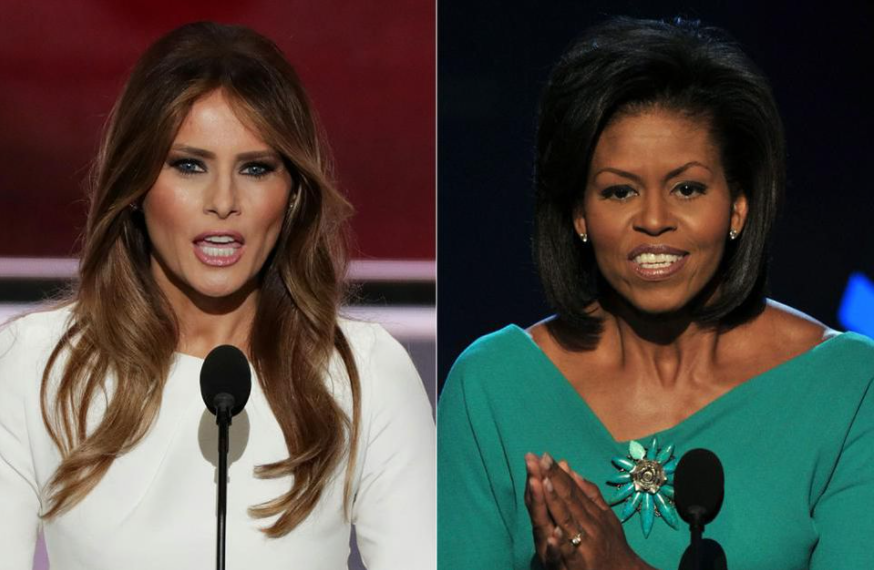 By now you all know about the striking similarities between parts of Melania Trump and Michelle Obama’s convention speeches in support of their husbands. Make sure you’re ready to apply all the learnings, including:

• Don’t plagiarize from those you’re trying to make look bad.

• Don’t pretend to write things you don’t write (which is different than plagiarizing).

• Don’t abrogate responsibility for things that matter most.

• When you’re in a hole, stop digging.

It used to be relatively easy to “borrow” others’ words and modify them to make them your own. In some ways, the Internet has made that even easier. Cutting and pasting beats retyping every time.

On the other hand, the Internet has made it easier for people to catch you. There are programs that compare documents and find matching strings of words. And, as the Trump campaign knows all too well, videos don’t go away.

It would have been one thing if Republican Melania Trump had borrowed words and phrases from Republican Nancy Reagan, strengthening the perception of their ideological ties. Instead, the borrowed words were from Democrat Michelle Obama. Hard for the Trumps to paint the Obamas as wrong about everything if they are borrowing their words.

Some suggest imitation is the highest form of flattery. Since plagiarism is a form of imitation, you shouldn’t plagiarize from people you don’t want to flatter.

In an interview with the Today Show’s Matt Lauer the night before her speech, talking about her speech, Melania said “I wrote it with as little help as possible.” Nothing wrong with that if a) she did write it and b) the Trump staffer that did write it hadn’t plagiarized.

Don’t Abrogate Responsibility For Things That Matter Most

Even if Melania didn’t write it, she gave the speech. She owns it.

When You’re In A Hole, Stop Digging

It’s rarely the mistake that undoes anyone. It’s the cover up. Had the Trump campaign owned up to the mistake immediately, explained how it happened and apologized profusely, the incident may have passed. Instead they denied and deflected for 24 hours and fueled the fire.

We’ve seen this play out time and time again. Way too many people try too long to fix things they can’t fix. Sometimes they can fix them. If they can’t, their efforts end up compounding the problem. It’s a judgment call. Just know that the downside risk increases over time.

Everything communicates: what you do and don’t do, say and don’t say and when.

• Own your own words and credit others as appropriate whether you’re writing them or speaking them.

• When you do make a mistake — which you will — admit it, apologize for it, do what you must to make sure you don’t repeat it, and move on.