Duende: The Secret to Stories that Produce Goose Bumps, Chills and Tears If you want your stories to change the way people feel, unleash duende — the creative spirit. This can happen in varied and often unexpected ways in your role as storyteller, story curator or story enabler.

For example, Nick Bantock took me through how he got the idea for his bestselling book, Griffin & Sabine.

Bantock watched a neighbor pull an elaborate envelope from his mailbox. Wanting one, he thought about writing himself a “beautiful, mysterious, love-based” letter. By the time he had climbed back up the hill to his house he had decided to create two characters that would send each other letters.

Since Bantock was a visual artist himself, he started with the look and feel of the “perfect letter.” Within two days he had created a “tight, contained male,” a “loose, magical female” and a whole language of images associated with them.

His publisher loved the idea.

Bantock asked, “Who can we get to write the actual letters?”

Bantock “literally sat in two different chairs” to get the voice right for each character. He tried to weave “love, mystery, the metaphysical, the alchemical and pictorial” into a balanced and centered whole.

In the final product, “The images don’t illustrate the text. They are pre-cognitive and reflective, separate from the narrative.”

The original book topped the New York Times bestseller list for three years and spawned a series that wed word and image because they “Spoke to so many different people on different planes….timeless.”

A group of writers and publishers at HATCH discussed the need for storytellers, curators and enablers all to work together to move a story forward from its creative spark. As we looked for a word, Bantock suggested “duende” which he described as “the spirit flowing through the artist.” The Oxford English Dictionary defines it as “a quality of passion and inspiration.”

Either way, the birth of Griffen & Sabine is a story of duende at work. Duende flowed through Bantock to bring goose bumps, chills and tears to millions around the world starting 25 years ago and continuing through to the “final (and missing)” book in the series, The Pharos Gate, getting published this week. 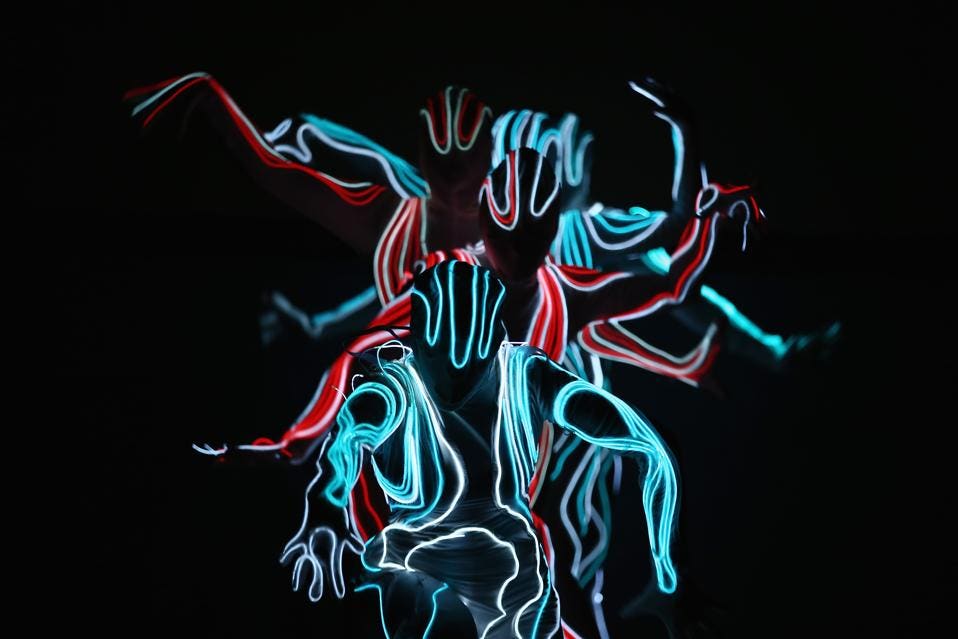 Duende is always there. Your choice is how you’re going to deal with it as:

• A recipient of duende flowing through others, getting moved by their work.

• A curator of stories, pulling them together into a master narrative that transmits duende to others.

• An enabler of storytellers, giving them investment or mentorship so they can do their work with what duende gives them.

• A storyteller yourself. We’re all storytellers. Some tell stories with words, pictures, music, movement, actions, PowerPoint slides, games, apps, or shadows. In every case, the stories make a far greater emotional impact if the storyteller lets the spirit of duende flow through him or her.

The Art Of The Storyteller

Whatever relationship you choose to have with with duende, understand this:

• Duende is always there, waiting for an opening.

• Moments of inspiration could be a feeling of “jealousy,” seeing something in a new light, or something someone says. However they come, the most important thing you have to do is to recognize the moments and not shut duende out.

• Unleash duende to flow through you in whatever medium you are most comfortable. Don’t fight it. Don’t try to redirect it. Let it go and then adjust later.

• Channel the flow of duende to your audience. Once you’ve got the story, stop worrying about what you’re going to say or do, or what people are going to see or hear. Focus completely on how others are going to feel a la Charlie Shimanski.