What To Learn From Eli Manning’s Leadership Eyes 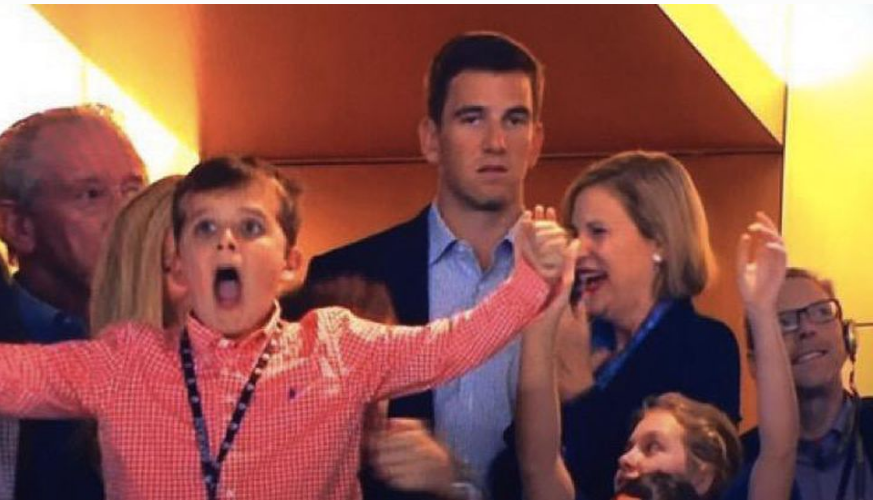 The Denver Broncos and their quarterback Peyton Manning had just scored the clinching touchdown in the Super Bowl. The camera turned from the field to the Manning family, where Peyton’s brother had a look of consternation instead of celebration. The internet lit up with people scolding him for not sharing in the excitement. They failed to see what he saw with his leadership eyes.

“…literally the only person in the Manning family box who didn’t go wild.” – CBS Sports

“…stood with a stony expression that looked like disappointment.” – Fox News Denver

It’s happened to all of us. People read things into expressions or lack of expressions. They wonder if we don’t care, if we don’t share their enthusiasm.

Peyton Manning’s brother Eli is not a normal fan seeing things through the same eyes as the rest of us. Eli Manning is also an NFL quarterback. And his leadership eyes were not looking at the play that had just ended. They were looking ahead at the play about to come. As he told TMZ Magazine, “I was just focused on whether they’d go for two.”

Someone should have thrown a protest flag on the collective judgment of the Internet. The various assumptions about what he was thinking were all wrong. This was not a case of someone failing to care or share enthusiasm. This was a case of a more experienced person seeing things others did not. Different eyes.

The first question BRAVE leaders ask is where to play. They strive to understand the context for their leadership, the change their team must respond to, the danger, fear or difficulty into which they must venture, persevere, and withstand.

A division manager took his boss through the division’s recent results. They were impressive. Revenue had grown +25% year on year and +10 points ahead of plan. Profitability had grown even more. The manager was proud of what his team had accomplished was about to lay out what was required to keep things on track.

His boss listened and then asked “Do you not see the train that’s about to run you over on that track?”

The business was about to be emasculated by a free Internet-based alternative. The division manager had not seen it and was not prepared in any way. Different eyes.

This happens over and over again. Some are so focused on what’s currently happening or what just happened that they can’t see what’s about to happen.

This week we also watched Marco Rubio take his eye off the ball. It’s possible that he was still basking in the glow of his second place finish in the Iowa Caucuses when he got hit by a train called Chris Christie in the debate before the New Hampshire primary. Had he looked at the debate with leadership eyes, he might have seen that his showing in Iowa made him a necessary target in that debate.

Consider workers cutting a path through the forest. Managers focus and encourage their efforts. The leader climbs to the top of a tree to figure out which direction to go. Different eyes.

The prescription is obvious to those of you reading this with leadership eyes.

One of the disadvantages of looking ahead is that you are going to miss some celebrations of past successes. Some will think you are too stoic, too unfeeling, lacking empathy.

On the other hand, looking ahead is often a prerequisite to heading off issues and paving the way for future celebrations.

Learn from Eli Manning. Do look ahead. Think about possible scenarios. Think about your options. Make more informed choices. And pause when you can to join in celebrations. There’s no question that Eli joined in his brother’s celebration. He just waited until the game was over.

View More
« What To Do When Onboarding Goes Bad

Accountability: The Essential Link Between Empowerment And Engagement »
PrimeGenesis > BRAVE Leadership > What To Learn From Eli Manning’s Leadership Eyes