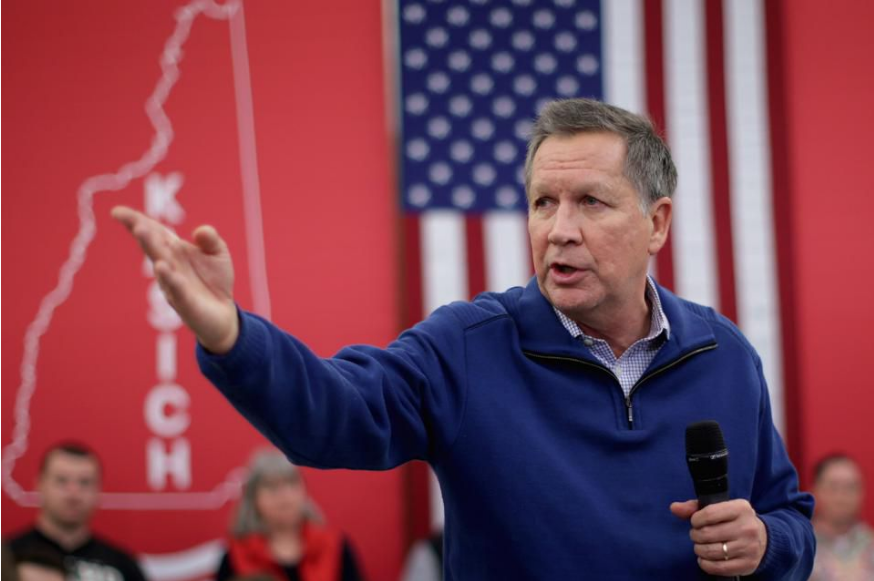 Over this past weekend, the New York Times endorsed John Kasich for the Republican nomination for President. They called him “the only plausible choice for Republicans tired of the extremism and inexperience on display in this race.” Personally, I feel terrible about this. And so should those of you that, like me, dismissed him as irrelevant. Even worse, it’s not a one-time event.

Too many of us dismiss out of hand the guy on the edge, the woman in the corner, the newcomer who hasn’t earned the right to have an opinion. Too many of us wait for someone else to point out those people’s potential before paying attention to them.

The point is not that we should all rush to support Kasich. But if someone cares enough to show up, we should care enough listen to them. We may not agree with their ideas. We may not end up supporting them. But we should pay attention to the thinkers and the doers and not just to the loudest voices in the center of the stage, on the platform, or the center of the meeting room.

The world needs different types of leaders. By definition, they will lead in different ways.

Extroverts think with their mouths. They are at their best when sparring with others, ratcheting up each other’s ideas.

As hard as this for extroverts to comprehend, introverts think with their brains. They need time to process information and mull things over. Often the quiet ones are the ones thinking things through. Shame on us if we dismiss their ideas even before they’ve formed them.

So far this past year, there have been a large number of Republican debates. Instead of watching the whole thing each time, I been watching just the highlights. It seems the most popular highlights are the moments of controversy: how one candidate attacks another or the moderators, or answers a question in an unexpected way or does something else surprising. Candidates that have been consistently on message, talking about things they’ve actually done, don’t make the highlight reel.

Most organizations have a large number of meetings. Some people stop paying attention to everything in every meeting, and just tune in to the highlights. Those highlights are often moments of controversy: how one person attacks another or answers a question in an unexpected way or does something else surprising. People that have been consistently on message, talking about delivering consistent results, don’t make the highlight reel.

Can the analogy be any more clear?

Shame on us for having too many meetings, for getting distracted, for paying attention to the wrong highlights: moments of controversy or attack.

It’s almost a truism that the path to growth lies in investing in the areas in which you are already strong. You’re almost always better off investing incremental marketing funds in your strongest geographies against your strongest products or services and your best performing customers.

The wake up call is to pay more attention to all the candidates on the stage, to all the leaders in the room, to all the players on the field. You never know when one of them is going to crystalize the thinking and come up with the idea or way forward that everyone else has been struggling to get to.

Bill Gates Tracked Employee Comings And Goings At Microsoft — Should You? »
PrimeGenesis > New Leader's Playbook > Head Start > Fuzzy Front End > Approach > Shame On Us For Ignoring The Guy On The Edge Like John Kasich