Why Audiences Get The Performances They Deserve 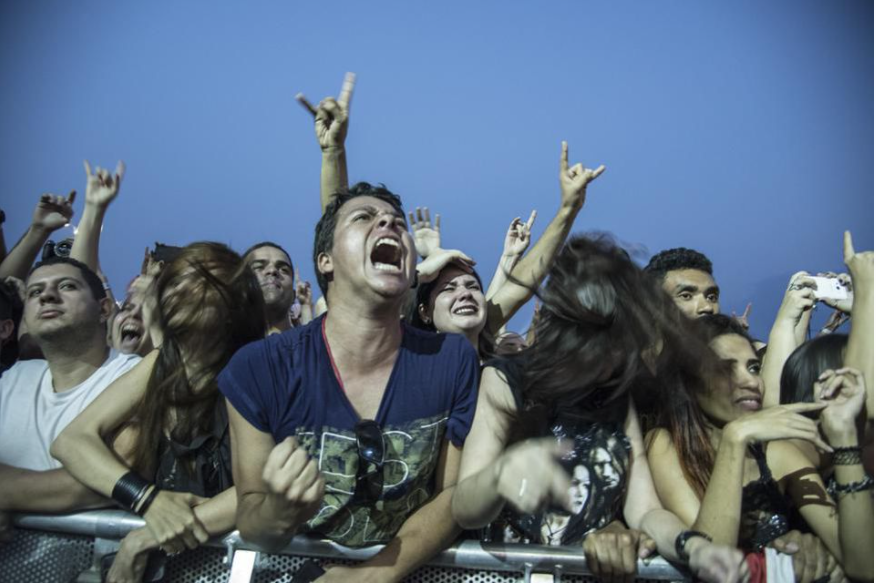 At an early moment in the most recent HATCH event, singer/songwriter Paul Durham gave an impassioned plea to the assembled group:

As a musician, I’d like to ask for quiet during musicians’ performances. We should treat musicians with at least the same respect with which we treat speakers – maybe even more, since the musicians are pouring their hearts and souls into their music.

And sure enough, later that evening we saw exactly what he was talking about when a handful of musicians came together to deliver an epic music set that reached into the audience’s hearts and souls and made people break out into goose bumps, chills, tears and ongoing standing ovations.

The worst scenario is not listening at all. Then there are three levels of listening.

Level one is listening while doing something else at the same time. Think about musicians in a bar or café. As Durham told me, “When people are talking to each other while I’m playing, I’m really just providing background music.”The energy and passion performers put into providing background music is all that is required to produce the minimum viable product. They will comply with what they must do, but no more.

Level two listening is what Durham asked for. The audience is quiet and open to receive the performer’s message. Durham told me, “When the audience is quiet, I can bring them up and down and back.” Essentially, attentive listening gives performers the space they need to do their thing. They will do their best to contribute to the experience.

Level three listening is interactive. Audience members beyond receiving the performer’s message to actively engaging with the performer and not only being open to being moved, but letting the performer know how they are feeling along the way. Think of the difference between a stand up comic working with a silent audience and an audience feeding off the comic’s performance and feeding it right back.

On the last evening of this event, we watched a transformation in Daniel Blue in the middle of one song. He started out great. The audience reacted. Then he took the performance to a whole new level. As he put it, “Sometimes Duendé just takes over.” Duendé, as master storyteller Nick Bantock describes is “the creative force flowing from the source and through the artist or storyteller.” An interactive audience actively assists that flow.

Implications For Other Interactions

You’ve already figured out that this goes beyond performers. It’s true of any conversation with any storyteller in any situation – personal or professional.

Multi-task while your child, spouse, friend, colleague, boss or subordinate is talking and you’ll get the background music you deserve – until they get fed up and find a better audience.

Listen attentively and those communicating with you will give the conversation the best they’ve got.

Active listening is about being open to being moved and showing how you feel along the way. It’s not about inserting your point of view. Be open, show your emotions and you’ll unleash the power of Duendé to take the conversation and the relationship to a whole new level.

If the relationships don’t matter, go ahead and multi-task or cut people out of conversations in the name of efficiency, time management or other priorities. But for the relationships that do matter, investing in active listening is the best use of your time.