What VW’s Next CEO Must Do To Save The Organization What do these have in common?

They are each a nice set of corporate values that were set in stone and ignored by the organization’s leaders. The first set belonged to Enron, which got brought down by a complete lack of integrity. The second set is directly from the website of Volkswagen, whose CEO just resigned because the company was lying about emission tests.

Specifically, as described by Elaine Shannon, of the nonprofit Environmental Working Group,

The company had deliberately installed a “defeat device” in diesel vehicles sold worldwide from 2009 to this year. The device was really a bit of software coding expressly engineered to spoof standard emissions testing instruments and evade the federal Clean Air Act and related state rules.

Whether Volkswagen CEO Martin Winterkorn knew about this or not, he was the leader of an organization in which people blatantly contradicted one of its four core values. As Shannon explained to me in a brief interview,

At the end of the day a company or non-profit group, all it has to sell is its values and reputation.” VW was about being “humble, iconic (and then added) greenness.” But, “they lied.” And now, “VW is all about dishonest cars.”

Values Are The Bedrock Of Culture

The more I get into this, the more I’m convinced that culture is the only sustainable competitive advantage. (Pun unintended.) BRAVE cultures are made up of choices around behaviors, relationships, attitudes, values and the environment. Further, the way organizations answer questions around how to win, how to connect and the impact they choose to make flow directly from what they think matters and why.

Someone told me a long time ago that you define your values by what you choose to walk by – or turn a blind eye to.

This is going to be a daunting and long-running task for the new CEO. Replacing shattered bedrock is not for the faint of heart. Just ask the people at Enron. Oops. Sorry. Can’t ask them. They couldn’t do it.

Some will believe what the new CEO does. The new CEO and VW will have to regain trust over time by doing what they say they are going to do.

But, if the new CEO and the organization don’t fundamentally believe in what they are doing, if it’s not who they are, they will stumble again and will get caught.

So, job no. 1 for VW’s board is to decide what really matters and why and then find a new CEO who believes in that. Then, and only then, can they start to rebuild and, perhaps, avoid being the next Enron and save the company. 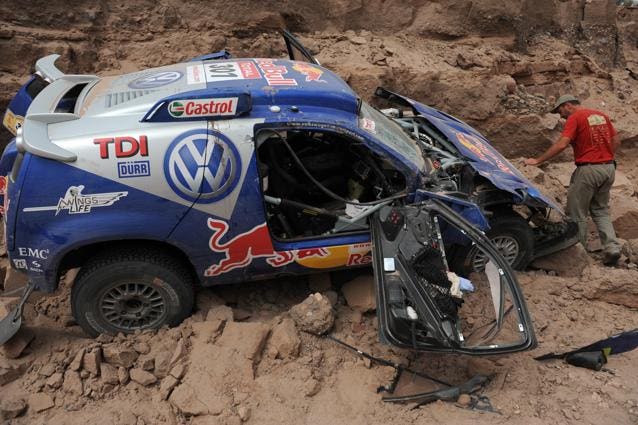 Heed the Pope: Eliminate False Tradoffs in Creating Jobs for Veterans »
PrimeGenesis > New Leader's Playbook > Momentum > Adjusting > What VW’s Next CEO Must Do To Save The Organization