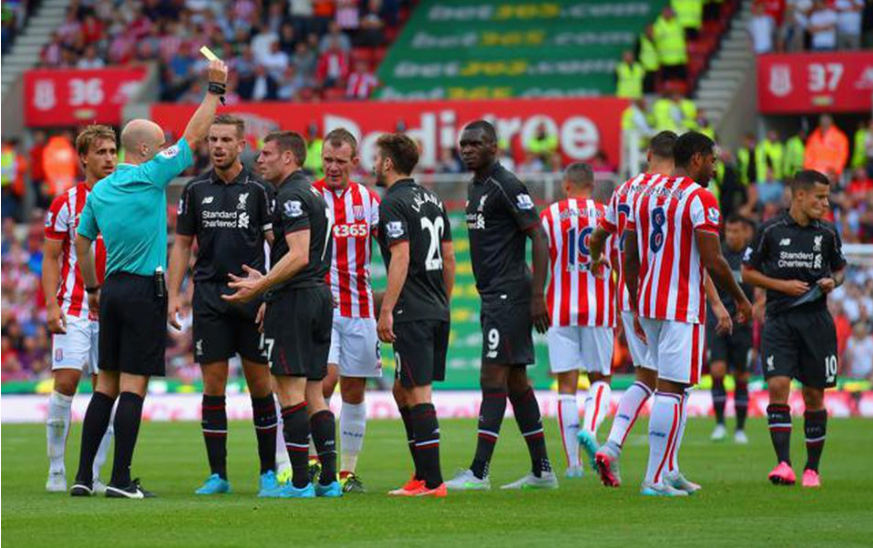 Ever feel like more of a referee than a leader, spending your time resolving internal conflicts? Sometimes it’s the highest value activity you can engage in. Get better at it by being present in the right place at the right time, managing behavior while supporting people and communicating decisions clearly.

During a gorgeous pre-dawn car ride into Dublin, Brendan Shorte related some of his experiences refereeing international soccer matches. When he explained the three keys were “Positioning, man management and decision-making,” it all crystalized into a powerful leadership lesson.

Brendan’s first step was to “figure out what the 22  players were going to do and position myself to do my job without interfering with them.” This required:

Like Gretzky skating to where the puck was going, great referees get to where they can control the action.

Managing employees is complicated, especially if your span of control gets beyond about seven people. Imagine “managing” two separate groups of 11 individuals with egos inflated almost as high as their paychecks. And imagine doing this in the most public setting with 40,000 or more people watching every move you make.

This was Brendan’s normal workday, trying to separate out the “lunatics from the skillful footballers” (on the field) to enable safe and fair play with the minimum of interference.

When it came to egregious fouls, the first time players committed one he gave them yellow warning cards as a matter of course. The next step, red cards, meant the players were ejected for the rest of the match. So Brendan used them sparingly.

Instead, when players got close to committing their second “cardable” offense, Brendan warned them – not by calling them over to him and publicly shaming them, but by running alongside them and giving them a private warning: “Do that again and you’re out”. Point made. Ego preserved. Back to the match.

As a referee, Brendan decided penalties, possession, extra playing time and the like. This required:

Strong referees aren’t there. Of course they are there – but no one notices them as they facilitate play. No one is aware of how much they matter. Weak referees interfere and become a memorable part of the story.

The great leader speaks little. He never speaks carelessly. He works without self-interest and leaves no trace. When all is finished, the people say, “We did it ourselves.”

View More
« Overachievers And Underachievers: Feed One. Starve The Other.