Qualcomm Vs. Microsoft: Take Second Prize Or Hold Out For First Prize?

The announcement that Steve Mollenkopf has been elected CEO of Qualcomm takes him off the short-list of candidates for Microsoft CEO. Or does it? What would you do if you were Mollenkopf? Qualcomm’s board? Microsoft’s board? 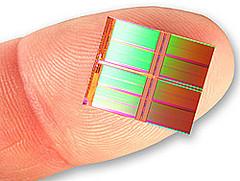 In this particular case, Mollenkopf has been at Qualcomm for twenty years, rising to chief operating officer. It makes all the sense in the world for Mollenkopf to succeed Paul Jacobs as CEO. It also makes sense for Qualcomm to accelerate that transition at this point to take Mollenkopf off the table for the Microsoft job. Qualcomm has been to this movie before, losing COO Sanjay Jha to Motorola and misfiring with their next COO Len Lauer who ended up at Memjet. They know the risks of holding a rising executive back too long.

We can only imagine what’s going through Mollenkopf’s mind. There’s no doubt that he’s pleased with his own progress at Qualcomm and thrilled to be named to the top job. Nice to be in the running for Microsoft too.

What’s the right approach for you?

Should you accelerate promotions to reduce the risk of losing your top people? Maybe. It’s certainly a better approach than waiting until they’ve been offered another job and trying to “save” them. That rarely works. Organizations tend to look at people differently once they’ve proved themselves to be traitors. Even if they stay, they have a hard time recovering from the emotional hit. On the other hand, accelerating promotions sends a pre-emptive message of confidence and may inspire people even more.

What To Do When There’s A Death In The Business Family »
PrimeGenesis > New Leader's Playbook > Momentum > Shifting Sands > Qualcomm Vs. Microsoft: Take Second Prize Or Hold Out For First Prize?