How To Bridge Unanticipated Discontinuities

Staying ahead of the curve can make all the difference in managing through unexpected shifts. When Mike Beckley and his three Appian co-founders set out to build their software company in 1999, they knew change was going to be constant. What they did not know was just how major some of the transformations were going to be. Fortunately, they were well prepared. 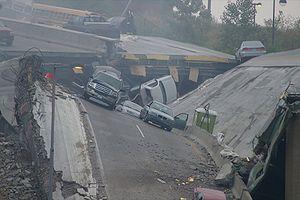 Beckley and his co-founders came from a successful business intelligence startup. While that company was full of talented people, it “had a top-down management style and we wanted to build a more democratic culture where the best idea wins,” said Beckley. They knew they wanted to create something that emphasized behaviors and values, and had a strong business model. This required cross-training the four original partners on each others’ strengths across sales, marketing, engineering and financial management.

Funding the start-up themselves, their early days in a cramped Reston, VA office were filled with a lot of peanut butter sandwiches and stretched resources as they were “acting grown up long before we were,” Beckley said.  They did no recruiting their first few months, hiring only two neighbors as employees.

Opportunity unexpectedly knocked in 2000 when the tech bubble burst. Their former company, MicroStrategy, was forced to rescind offers to more than a hundred new hires that they had just spent a fortune recruiting. They called up Appian and asked if they could take any of them. Beckley and his team interviewed 60 people and hired 12, growing the company from seven to 19 people overnight. This abrupt shift required a different way of managing.

The team embraced the challenge. They recalled how successful their earlier cross training had been and decided to try it out on the new employees. They ran the 12 new hires through the program, teaching them what they did and why they did it, getting them comfortable with Appian’s environment, values, attitude, relationships and behavior – its culture.

That process eventually evolved into the Appian Academy, an intensive business process management training program that helps employees at any company become better skilled at using Appian products. The Academy has been a critical step in enabling the organization to grow to its current 260 employees while keeping the core elements of its culture intact.

This all happened against the backdrop of the dot-com bust and the 2008 financial crisis when SAP, IBM, and Oracle all started making significant investments in the emerging business process management space. During a time of both major competition and major upheaval in the technology sector, the guys at Appian did a lot right.

(From our new book, First-Time Leader – Request an executive summary.)

With a “starter” team of less than 10 members (emphasizing environment and values):

With a team operating like an extended family of 10 to 30 members (emphasizing attitude):

With a team of over 30 members starting to embrace hierarchy (emphasizing relationships and behaviors):

Bridging unexpected discontinuities requires preparation, discipline and flexibility all the same time. To take advantage of crises and opportunities, be ready, be strong, and be open to the possibilities that interrupt your oh-so-well thought through plans.

View More
« Three Different Approaches To CEO Succession At Walmart, Kroger And Microsoft… Which Is Best?