Evolve Your Board As Your Organization Changes 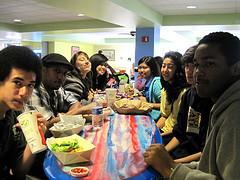 Rob Cochran has been through several of these stages at his #1 Cochran auto dealerships. His father started the business and was, in many ways, a “first generation sales-focused entrepreneur” who didn’t really have the patience or need for structured critiques of his business.

When Rob took over the business in his 20s following his father’s untimely passing, he knew he needed an “advisory board to hold me accountable.” Now, after a couple of decades running the business, he’s much less worried about that than he is about providing different perspectives to his core management team. Down the road, Rob expects his advisory board will help transition the business to the next generation.

There are three different board stages and structures:

Almost everybody has someone they turn to for advice: lawyer, accountant, priest, friend, spouse, local bartender or the like. These early advisors generally have a personal connection to the leader. Hopefully they have relevant, valuable expertise as well.

As Rob was putting together his initial advisory board, he looked for people with competency and character he could trust. At first, he started with those who had a connection to himself or to one of his key constituents. Over time, he’s learned to strike a balance on his board between people with direct, automobile industry experience and those with complementary experiences.

While he was younger, he needed his board members to be “more supportive and somewhat paternal.” Now he looks to the board to provide an outside view, help refine the strategy, and push him and his leadership team to get better. The best advice he ever got from a board member was when he was told that “there are certain times when opportunities, situations arise where the right answer may create short term pain and a tough week, month, even year, in exchange for hopefully a better 20 years.”

Rob compensates his advisory board members in two ways. First he gives them a stipend for the three meetings they come to each year, each lasting a day and half. But that’s really to let them know he’s serious about their involvement. It’s the second part of their compensation that’s most valuable: the learning and connections they get from being involved and the feeling of satisfaction from helping someone they like and respect.

At some point, he expects the board will help him transition leadership to the next generation.

Rob’s Advice for Developing a Board

Photo credit: ajcreencia (LMU meeting over a surfboard, not Cochran’s board)

Why You Don’t Get To Choose Your Mission. It Chooses You. »
PrimeGenesis > New Leader's Playbook > Momentum > Rapid Growth > Evolve Your Board As Your Organization Changes