Ben & Jerry’s, Unilever And The ‘Flavor Graveyard’ Of Past CEOs

Ben & Jerry’s CEO Jostein Solheim should not have been able to assimilate into the culture at the company, but he did. His story provides a great example of what it takes to converge and evolve when onboarding into a new leadership role. 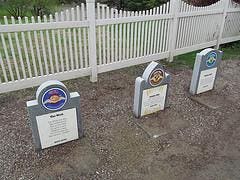 I spoke with Solheim at the CEO Connection Mid-Market Convention at Wharton, an annual gathering of CEOs of mid-market companies – defined as those doing between $100 million and $3 billion in annual sales. Solheim was one of the keynote speakers, and gave the audience insight into Ben & Jerry’s and his transition into the CEO role.

Ben & Jerry’s Shouldn’t Have Worked As A Business

Solheim told us that Ben & Jerry’s “shouldn’t have worked” because it’s got “such an enormous amount of authenticity” and is “a real pain to make” because of all the chunks. Fortunately no one told this to Ben Cohen and Jerry Greenfield as they leveraged their $5 correspondence course in ice cream making and $8,000 in combined life savings into their first store in a converted gas station, and then into the multi-million dollar, multi-flavor, multi-country business that it is.

Ben was on a mission to change the world right from the start. For him, the social mission is the game. Fortunately his partner Jerry paid attention to the people, product and economic missions at the same time, allowing them to build a business overflowing in “linked prosperity.”  Their success seems to be rooted in their culture of credibility, focus on the external community, creativity, discipline and scale. As Solheim describes them, they are “an execution machine.”

Unilever Shouldn’t Have Worked As A Parent

Ben and Jerry sold the company to Unilever in 2000. At the time, there was a debate about whether they had sold, sold out, or found a new way to infiltrate the corporate world. Over the next decade they managed to keep their culture intact, keep their social impact strong, and continued to leverage discipline, scale and creativity to build the business. They also managed to fend off all the CEOs that Unilever dropped in to try to manage the business.

Solheim did well at Unilever. After joining from his native Norway, Solheim challenged the norm, built businesses and built the corporation. He was the corporate guy who spent three years writing Unilever’s plan to rejuvenate its North American ice cream business across Breyers’, Klondike, Popsicle, and Ben & Jerry’s – literally. On paper, he was Ben & Jerry’s worst nightmare when he took over as CEO in 2010; and some were concerned that it might be true.

As Solheim put it, “There’s nothing that you can say that’s going to convince them.” So he didn’t say much. He just started doing things.

He knew this organization had people with extremely long tenure. So he didn’t try to change them. He focused on leveraging their existing strengths faster.

He knew Ben & Jerry were the heart and soul of the company. Where other CEOs had banished them, Solheim treasured them. He told the story of one interview he and Jerry had with the “Financial Times.” The writer asked Jerry what his role in the organization was. Jerry replied, “I’m Jerry.”

Solheim knew Ben & Jerry’s was “a city brand.” With their relatively high cost structure and commitment to social impact, it needed to command a premium price – three to four times the average price. So he stuck with being there for middle class urban dwellers when they’ve had enough of other brands.

Solheim also knew that creativity was core and that “creativity comes with vulnerability.” So he treasured and nurtured the creative signs and symbols, like the Flavor Graveyard in the factory, and let people try things he was pretty sure were going to fail just to reinforce the value of trying things that “shouldn’t have worked.” Because some do.

Now Solheim has “gone native.” After three years of success, it would have been natural for him to move on to new challenges elsewhere in the Unilever world. But he “tore up his contract” and isn’t moving. He gets it. He lives it. He’s converged and is evolving from the inside out.

As one employee told me, Solheim “didn’t walk in and then we changed him. He came in with considerable skills, open to the possibilities of how to meet both organizations’ needs –while staying true to each side’s missions – and that was the unlock.”

The lesson for you is that no one is going to follow you anywhere until you have earned the right to lead. Earn it. You may not have to go native completely. But it helps.

(Note that George is a principal of CEO Connection, a former Unilever employee, and way too big a fan of Cherry Garcia).