Can you see it? The Republicans are starting to move towards a conversation about the positive aspects of not raising the debt limit. Things like living within our means, restoring credibility and the like. This has to be better received by a lot of people than has been a non-conversation about who owns the blame for the shutdown and debt limit deadline. 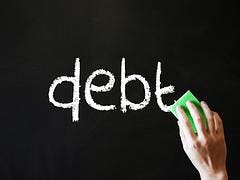 To be clear, I’m not trying to take sides here. I’m trying to highlight the learning to be gleaned about messaging and communication.

As described in our new book, “First-Time Leader” (request an executive summary), no one is going to change anything until they: 1) believe they must change, 2) envision themselves in a brighter future and 3) know what to do. This is why it’s so important to think through your message and communication plan:

Platform for change:  Note what will make your audience realize they need to change.

Vision: Picture a brighter future  that your audience can see themselves in.

Call to action: Note actions the audience can take.

Headline:  Note short phrase that conveys the essence of your message.

Conversely, if the Republicans band together to talk about the positive results of not raising the debt limit, at least there’s a conversation to be had. They could, for example, make the following points:

Platform for change: Continuing to increase our debt is unsustainable as an ever-increasing proportion of our revenue will have to go paying the interest on the debt, leaving less and less for programs that benefit U.S. citizens.

Vision: Spending in line with our revenues so people know what to expect and can get on with their lives.

Call to action: Support fiscal sanity with what you say and do. Write, text, or call your congressman.

Who knows how this is going to play out? We all know the major players have been playing a lose-lose game where the biggest losers are the American people. There need to be some real conversations about the best way forward. Those conversations need to happen soon.

I’m not suggesting that we should or should not raise the debt ceiling. I am suggesting that the road to a productive conversation is through a positive, forward looking message and not through messages designed merely to make the others look worse than you.