Changing Thymes: How To Know Exactly When To Evolve Your Organization

Anne Sempowski Ward was brought in as CEO of the Thymes fragrance company to take it to the next level. The founder, Stephanie Shopa, had grown the company steadily for more than 30 years. It was in great shape and poised for future growth. 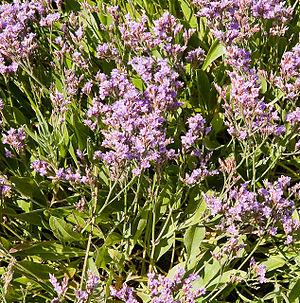 Capitalizing on that growth was going to require a well-timed, step-by-step cultural evolution embracing hierarchy. As discussed previously in “Why You Must Lead Differently As Your Team Grows”, if your team has more than 30 people then you need to get over your natural abhorrence of hierarchy and start substituting some organizational and operating processes for your ability to know everyone on the team.

Leveraging Thymes’ Strong Base in Distribution

What Anne inherited was a strong brand, good distribution, and an organization perfectly designed to produce the results it was currently delivering. She had an operations group that included R&D, a sales and marketing function, and an accounting group that was managing all the administrative tasks as well.

At the end of the day what we were doing worked for the size of company we were, but it was not scalable. We needed to move from an individual-dependent organization to an interdependent scalable system. We had to move from Jane getting it done on her own in her silo to leaders and departments that worked together.

To achieve synergy among leaders and departments, she embraced the power of hierarchy and started evolving the organization to strengthen capabilities in a couple of key areas:

It’s working well. The organization had a breakout year in 2012 and is doing even better in 2013. Here are a few statements from Anne that say it all:

Full support of Cindy Anderson, the operations lead who had been with the company over 20 years and built the world-class organization we have today. She has been a true partner for me and someone who was able to bridge from the old culture to the transformation.

Timing. Knowing when to implement each of these things – when to push a change and when the organization was naturally making a shift. Doing things in a nice, orderly way that made sense. For example, the departure of the prior head of sales and marketing opened the door to split sales and marketing into two different roles and leaders.

All teams evolve from starting to operating to embracing hierarchy. With a “starter” team of less than 10 members, leaders must emphasize environment and values. With a team operating like an extended family of 10 to 30 members, emphasize attitude. With a team of over 30 members start to embrace hierarchy (emphasizing relationships and behaviors) by: