Taking Over From The Founder: Three Tips For Zynga’s New CEO

Act like a steward. That’s it – the single most important secret to success for a leader taking over from the founder. If you get it, there’s no reason to read any further. But if you don’t, the consequences can be dire. 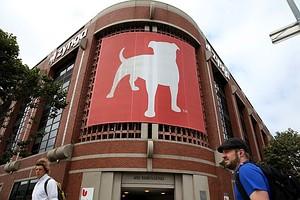 Not convinced? Just look at the missteps of Kevin Rollins (former President and CEO of Dell), Bob Nardelli (former CEO of Home Depot), John Scully (former CEO of Apple) and Donn Tatum (former president and chairman of Disney). Simply put, they did not get it. Conversely, Meg Whitman at eBay, Eric Schmidt at Google, Steve Ballmer at Microsoft and Fred Langhammer at Estee Lauder all got it. They understood the meaning of stewardship.

Webster defines stewardship as “the careful and responsible management of something entrusted to one’s care.” Often the founder is being replaced as CEO because the organization needs management that the founder cannot supply, but stewardship does not mean ownership. The new CEO doesn’t become the spiritual center of the organization the moment he or she takes over. He or she merely is temporarily caring for a trust.

The Right Mindset at Google, Microsoft and Estee Lauder

Whitman, Schmidt, Ballmer and Langhammer all took over from the founder or founder’s family with the right mindset. When asked what made eBay so successful, Whitman would reply “First, it was a very good idea.” Not her idea – the founders’ idea. Schmidt put his ego aside and worked with Google’s founders until it was time to give control back to them. Balmer and Gates continue to act as partners. Langhammer grew Estee Lauder until it was time to hand the reins to the next generation of the family.

Each of these people led. Each grew the business. But it was not about them. It was about stewarding a trust.

The Wrong Mindset at Dell, Home Depot, Apple and Disney

Rollins, Nardelli and Scully all thought they were on missions to fix broken businesses. They took charge and pushed through ideas they’d seen work at Bain, General Electric (GE) and Pepsi respectively. Their biggest mistakes were disrespecting their founder predecessors. In trashing the way things were working at their organizations, they were trashing the founders’ legacies. While it took the founders’ allies some time to exact their revenge, in each case they eventually did just that.

Donn Tatum had a different issue at Disney. He worshiped the founder too much and changed too little. In the early 1980s, big decisions at The Walt Disney Company were still made by asking “What would Walt want?” But Walt had died in 1966. It was past time for the company to move on.

Advice for Don Mattrick at Zynga

Don Mattrick is starting off on the right foot at Zynga. Founder Mark Pincus introduced Mattrick by saying good things about him. Then Mattrick followed up with this in his first email to the organization:

I joined Zynga because I believe that Mark’s pioneering vision and mission to connect the world through games is just getting started.

Mattrick should commit this to memory and refer back to it when needed. It is a model for the first step in standing on the shoulders of a giant on the way to respecting and moving forward.

For other leaders, here are three tips to consider when taking over from a company founder:

There are several components of this including positioning yourself for a leadership role, selling before you buy, mapping and avoiding the most common land mines, uncovering hidden risks in the organization, role, and fit, and choosing the right approach for your transition type. (Including an interim role)